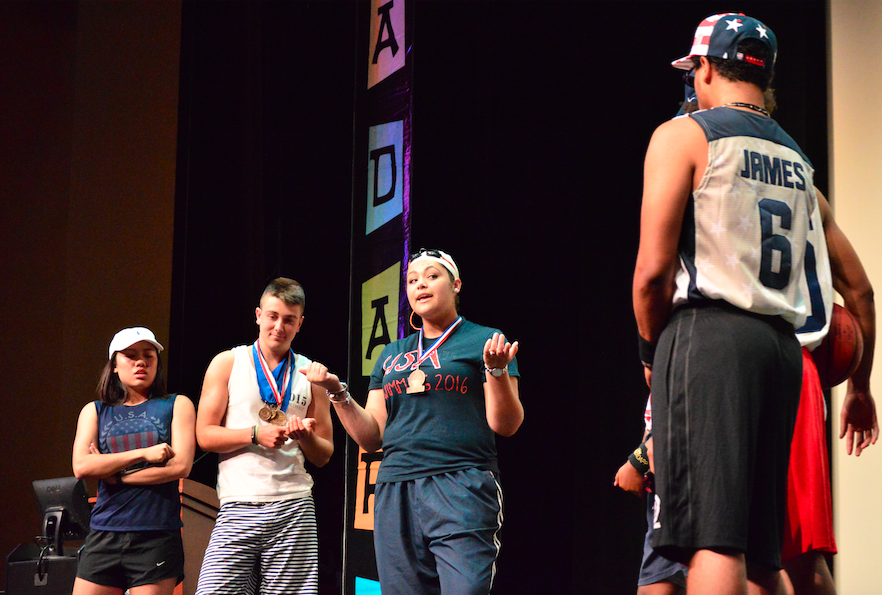 Alcohol is the most widely abused substance by high schoolers not only nationwide, but in Virginia, according to a 2016 National Institute on Drug Abuse report. For 21 years, a student-led project has sought to identify and come up with strategies to combat problems, including alcoholism, among young people.

The Virginia Department of Health’s 2015 Youth Survey determined 50.7 percent of nearly 10,000 high school students surveyed have drunk alcohol in their lives. Nearly half that number  — 23.4 percent of the 10,000 students — currently drink alcohol. Those who said they currently drink had at least one drink within the 30 days prior to taking the survey.

Alcohol and substance abuse among youth is not a new issue. In 1984, the same year the National Minimum Drinking Age Act was passed, raising the drinking age from 18 to 21, community members, and state and government officials met to question how they could help teens fight this abuse. This led to a meeting in March 1985 of 36 teenagers from Virginia to identify problems plaguing themselves and their peers.

As a result of the meeting, the first student-led YADAPP conference was held the same year in July, initially called YAAPP (Youth Alcohol Abuse Prevention Project).

During the project’s 21 years, YADAPP Public Relations Specialist Valerie Hubbard said, the program has impacted the lives of more than 10,000 students and more than 440 high schools and community organizations have participated.

According to YADAPP’s website, the project believes “youth need a safe and drug-free environment to achieve personal success and build strong communities.”

Each year, YADAPP begins with a five-day conference, where different high school groups of four students and one adult sponsor go through days of educational programs and leadership training designed to inform participants of how they can take the knowledge after they leave and impact their own communities, according to resources on the YADAPP website.

The program gives participants the opportunity to return to the conference with different levels of responsibility through its tiered leadership structure, moving into roles such as youth leaders, junior staff members and interns, according to ABC Education and Prevention Manager Manager Katie Weaks.

YADAPP intern and East Carolina University (ECU) senior Alison Sant’Anna said one of her favorite experiences during her eight years of attending the conference was not only moving through the ranks herself, but watching others do the same.

“What I like to think about is that when I was a youth leader or junior staff, I affected the participants in making them want to come back to YADAPP and want to apply. It’s cool to see the kids I met as a participant, they’re junior staff or when I was a junior staff member, seeing the youth leaders be junior staff,” Sant’Anna said. “Seeing everyone work their way up the YADAPP chain and seeing how much it really affects them is one of my favorite things about it.”

The relationship between plans created by conference participants and the state’s desire for youth input was emphasized during then- Virginia Secretary of Education Anne Holton’s speech in the midst of an energetic event kick-off.

“We want you to think about as you’re working on your communitywide plan, how does that fit into a statewide plan,” said Holton, referring to the Strategies to Act Now (STAN) plans the students develop during the week and implement when they leave in their community. “We want you to tell us what can we do at the state level to help support you as part of this effort.”

Following the speech, Holton further stressed the role of the project, adding, “This is a really important topic and there’s no way we’re going to accomplish what we need to on youth alcohol and substance abuse prevention without student leaders in the lead.”

Another YADAPP intern, Katrina Saphrey, a recent Virginia Commonwealth University graduate, said one of the leaders’ focuses has revolved around marketing and promoting the conference to more high schools.

“One goal that we have is to have representation at all of the different high schools in Virginia,” Saphrey said.

She said she attended her first conference as a high school sophomore without knowing what YADAPP was. She was just going with a friend. Saphrey said the energy which greeted her on the first day incited her passion for the program’s message.

“I fell in love with YADAPP from the second I stepped off the bus,” she said.

The program’s website explains the STAN plans are the conference’s “focal point,” ultimately providing participants with a tool to follow through with discussions at the conference and make a difference on a local level during the upcoming school year.

Sant’Anna, who attended New Kent High School, said her school had a YADAPP club which started a recurring drunk driving prevention workshop its police and fire departments before prom as part of their STAN plan.

Completing her final year with YADAPP at the highest level of leadership, Sant’Anna reflected on her time with the conference, which began when she was a high school freshman.

“I’m going to miss coming to this conference. It’s always one of the highlights of my summer, but it really has prepared me for my future,” the ECU senior said. “I’ve learned a lot of valuable skills that I’ll be able to apply in the workplace, and even things I use every day in college.