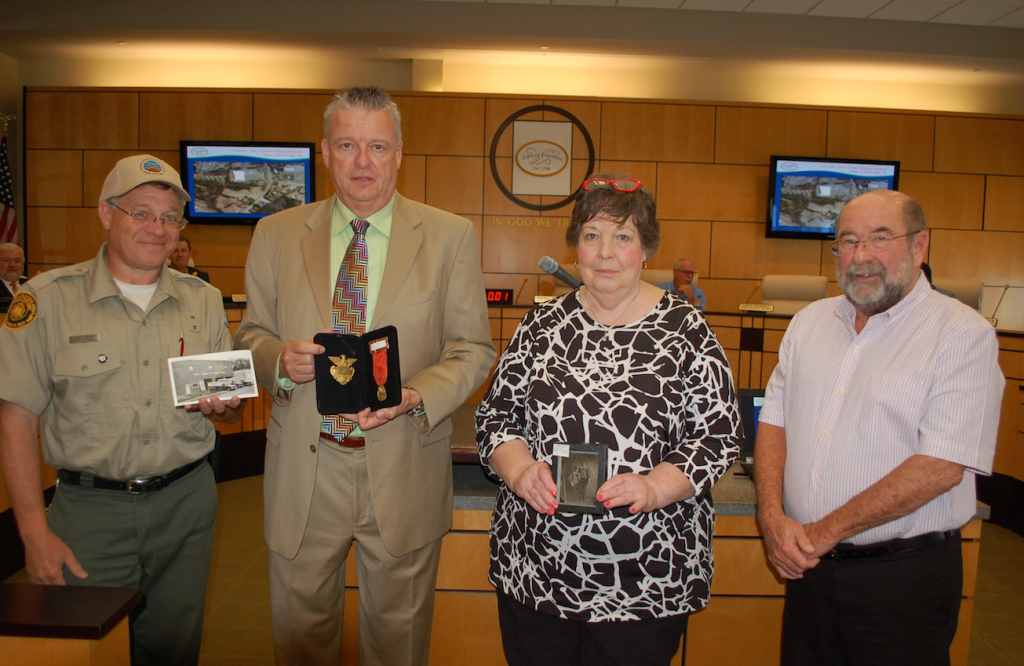 Members of the Farmville-Prince Edward Historical Society recently donated several historical items related to the Farmville Volunteer Fire Department to the Farmville Town Council. A ribbon from the 1949 Firemen’s Convention, held at Longwood University, a hat badge, a tintype photo of two members of the department and numerous photos of firemen, rescue squad staff and police officers were donated to the town for preservation. Many of the items were discovered by Bob Flippen, a Farmville historian, who discovered the items on eBay. Pictured are, from left, Flippen, vice president of the society; Mayor David Whitus; Kay Whitfield, president of the society; and Jimmy Hurt, member of the society. (Send ‘Way to Go’ photos with names and a description to waytogo@farmvilleherald.com.)