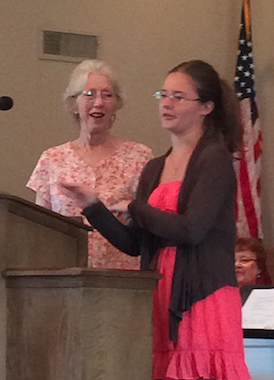 Breanna Smalley, a member of Heritage Baptist Church, recently received a $1,000 scholarship from her church.

Smalley is the daughter of Scott Smalley and Melanie Swanson, of Farmville.

Smalley plans to attend Longwood University in the fall as a physics major.

After she completes her program, she plans to transfer to the University of Virginia to finish with Masters in Engineering.

While attending Prince Edward County High School, she was the volleyball and tennis team manager. She also participated in Scholastic Bowl and the National Honor Society. She attended Governor’s School and upon graduation from high school, received an associate of arts degree from Southside Virginia Community College.