A $20,000 grant from The Centra Foundation will allow the Burkeville-based Piedmont Senior Resources (PSR) to assist elderly patients with post-hospitalization, who have been discharged from Centra Southside Community Hospital with home services, preventing readmission to the hospital.

Depending on the socioeconomic status of a patient over 60 years old, the grant will cut the cost of PSR’s homemaker program, available for free for some patients, rising to a maximum of $11 per hour for others.

PSR will provide up to 20 hours a week for patients living in one of their seven counties — Amelia, Buckingham, Charlotte, Cumberland, Lunenburg, Nottoway and Prince Edward — for the first 30 days after their hospital release, according to PSR Executive Director Justine Young. 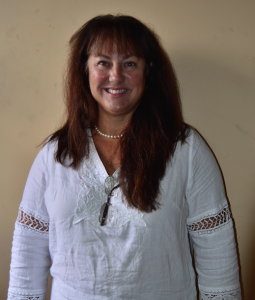 The usual cost is $14 per hour, saving some patients $280 per week for homemaker aides.

“Studies show that 80 percent of readmissions have nothing to do with the medical care received at the hospital. It’s all the socioeconomic factors that cause the readmission,” said Young.

Centra Foundation Executive Vice President Kathryn Pumphrey reinforced the need for services provided at home for released patients, saying it was part of the reason why PSR’s grant application was approved.

“If we can help avoid readmissions into the hospital then it gives the patients the chance to heal,” said Pumphrey. “Most people are readmitted because they don’t have someone at home to help them or their homes aren’t properly equipped.”

Prior to the grant, Young said PSR’s homemaker program was at “max capacity,” unable to accept more clients. With the grant, Pumphrey said PSR estimated at least 20-40 patients can be aided depending on the number of hours and weeks each requires.

Young said PSR will allot $12,000 of the $20,000 towards the homemaker services, and the other $8,000 will go towards providing home delivered meals, home repairs and installing homes with preventative equipment, such as grab bars or rails, for the released patients for free “to make sure you’re safe in your home.”

“It’s a good project. We’re happy to be able to help people in your area,” said Pumphrey.

As a certified nonprofit agency, PSR receives federal and state funding. However, Young said in her three years with PSR, she has seen the agency deal with funding cuts each year and she “foresees that trend continuing.”

“We’re doing everything we can to raise money ourselves,” said Young.

Once the Centra grant runs out, Young said PSR plans to continue trying to fund the program through other means such as fundraising, other grants and potentially starting a business such as a senior living community to raise revenue.

“Plus, we’d really like the counties to help us,” said Young. She said the preventative measures PSR tries to equip homes with and the aid they provide helps reduce the number of calls sent to rescue services and police departments with their coverage area.

Pumphrey said future grants to PSR will “depend on the scope of their project” and “the guidelines (Centra) sets up.”