Saying ‘farewell’ to a legend 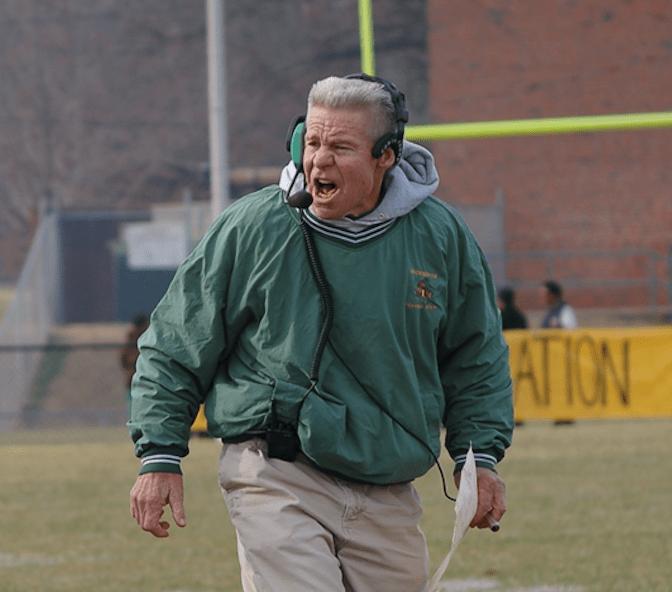 Gill, who was 63, had been battling cancer for the past three years and retired from coaching and teaching in May, as he said his doctors wanted him to take a year off to try to gain his strength back.

He leaves behind a powerful legacy of success and caring devotion to his student-athletes.

“Coach Craig Gill was observed to be the kind of individual who constantly and humbly gave of his time and energy for others,” Snead said. “I immediately noted that he was an iconic figure when I arrived four years ago as superintendent.  He made Friday nights legendary and fun in Buckingham.”

Though Buckingham was struggling on the gridiron when Gill arrived on the scene in the mid-1990s, he used his two decades as leader of the Knights to turn the program around. He guided them to a 131-83 record during that time — a run that included six James River District championships and a state championship game appearance in 2002.

In each of the last seven seasons, the Knights have made the playoffs and have achieved at least eight wins.

In 2015, Buckingham went 10-2, advancing to the second round of the Virginia High School League Region 2A West playoffs after winning the James River District championship title.

“I was privileged for working with Coach Gill the last two years,” said Dr. Jeffrey Garrett, the high school’s athletics director. “I was able to see his compassion and love for kids both on and off the field.”

Snead said that outside of football, Gill “was supportive in the classroom; and he could run a spring track meet as efficiently as anyone I’ve seen.”

His impact was seen in the lives of so many young people over the years, as Snead said, “He was also a father figure to many of our students. It’s difficult to find anyone who hasn’t been touched by his generosity and kindness.”

Kristopher Pierce was the starting center for the Knights in 2001 and 2002 and was compelled to memorialize Gill because of how much the man had helped him in life.

“He was a tough guy,” Pierce said. “He expected a lot of you. He expected you to be disciplined. We might run only a few plays, but he expected you to run those to perfection. … But also along the way, looking back, he always taught you to be the hardest on yourself. … He really instilled a work ethic in me to be self-driven, to be self-motivated, to be your harshest critic, and then everything will kind of take care of itself.”

Pierce joined the Army in 2006 and is currently a staff sergeant who is part of Alpha Company, 1-12 Infantry on deployment in Kandahar, Afghanistan.

He said there are things Gill taught him that he has taken with him and adapted toward the Army, “not so much just being … talented but also building a sense of cohesion … of togetherness, looking out for one another, worried about one another, not just the ‘me’ aspect.”

Gill served as either a head or assistant football coach for 40 years, compiling a career record of 158-85. He served as head coach at a school in North Carolina for three years and then coached at Fork Union Military Academy in Virginia for a year before coming to Buckingham.

“He will be greatly missed by me and others in this community,” Snead said.

A funeral service was held for Gill on Monday in Durham, N.C., followed by interment at Woodlawn Memorial Park.

“God gained an angel today that touched countless lives. I love you with all my heart, Coach Gill.”

“Man, I’m sorry to hear this.  Coach Gill belongs on the Mount Rushmore of Buckingham County.”

“God took a good one from us this morning. I love you Coach Gill. Buckingham is going to miss you”

“RIP Coach Gill, gone but never forgotten. Your life and the impact you made will live on through the lives and memories of so many!!”