RFP will determine library use in old school

The Buckingham County Board of Supervisors has approved a request for proposals (RFP) to determine if the former Dillwyn Primary School is structurally sound for for potential renovations to make part of the building a public library.

The request calls for a study to be completed to determine whether 10,000 square feet of the 21,000-square-foot building could house the library.

The approved RFP states that “particular emphasis should be paid to the structural integrity of the building, the need, if any, for the abatement of asbestos, and a cost estimate, without doing an actual design, to modify the former school to house a library. …”

The unanimous Monday vote came after a March 17 agreement to move forward with an RFP for the building.

“I think moving forward could be a positive move for the county. I think the county could benefit from it,” said District Six Supervisor and Board Chairman Joe N. Chambers Jr. “We’ve got to get some answers,” he said regarding the building. 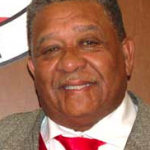 In March, H. Spencer Adams, a member of the supervisor-appointed Library Liaison Committee, listed a number of reasons why the committee thought that the old school would not be suitable for the new library.

Months ago, Adams, on behalf of the committee, presented plans to build a new $2 million, 9,580-square-foot library — a redesign of the original proposal.

“Based on average construction cost data, preliminary analysis and the redesign of the library building, this project could be completed for an estimated $1.8 to $2 million,” a liaison committee report stated.

Several other committee recommendations to the original plans included removal and changes to numerous building features, including elimination of a cupola, replacing an open span vaulted ceiling with a simpler flat one and removal of certain corners of the building and several windows, Adams said.

According to County Administrator Rebecca S. Carter, the county will advertise for the RFP in the next week.

“I do not expect to have the responses ready for the board and public until the September meeting,” said Carter. “We will have a process to go through to rate and interview the qualified responders, this process does take some time.”

The building, which was constructed in 1954, will need a new roof in about five to six years, according to District Four Supervisor Morgan Dunnavant.

“What several of us have talked about, and what we’re going to need done in this review, is to ensure before we move forward, that the building structure could stand a roof renovation, but not another flat roof. Put trusses on and standing seam tin (on the building) so that it would emulate what the library committee has on their drawing,” said Dunnavant. 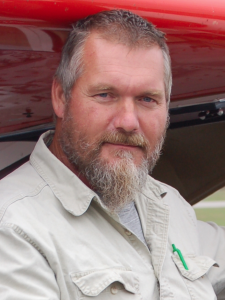 “The other thing we know that it needs is modernization of the windows, and there’s a very economical process for doing that,” he said.

Dunnavant said the building already has a cafeteria with a commercial kitchen and stage.

“I think a lot of times you can move farther with a new building than you can to renovate an old building,” Chambers said, “because, when you get to pulling down an old building, you never know what you’re going to run into and what problems you’ll have to face.”

“The big thing on this is we don’t gain any additional square footage into the county inventory. Square footage of a building costs. You’ve got maintain it,” said Dunnavant.

Said Dunnavant: “If (the study) comes back as I hope it does then we’ll be ready to sit down with the library (liaison) committee and see if we can find some middle ground on this building, because I don’t want to straddle the taxpayers with another building and inventory that we have to take care of.”

“If (the former school building is) not suitable to renovate, I think (the board will) come in line with a new library,” Chambers said.

In October, supervisors unanimously voted to designate 3.5 acres of county-owned property on Wingo Road adjacent to the Buckingham Recycling Center (just off of U.S. Route 15 near Dillwyn) for the proposed new library. The action also stipulated that the county’s library liaison committee could move forward with the preparation of “necessary construction documents” for a building that the county would own and lease to the library.