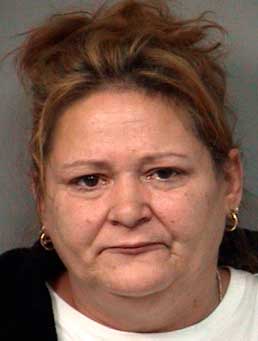 A 50-year-old Drakes Branch woman will spend nine years and three months in prison after pleading guilty to robbing the Stop-In convenience store at 2003 S. Main St. in Farmville on Feb. 20.

Read agreed to good behavior for 30 years and five years of probation. She was also ordered to stay off the property and restitution of $676 to the convenience store.

“At approximately 10:20 p.m. … Farmville Police responded to the Stop-In Food Store at 2003 South Main St. in reference to a reported robbery,” a Farmville Police press release stated regarding the incident. “The clerk advised that a white female entered the store alone and demanded money from the cash register. The suspect did not display any weapons, but told the clerk she had a gun. After taking an undisclosed amount of money, the subject fled the scene. There were no injuries.”

In a separate series of incidents, Read was sentenced to 100 years in jail after pleading guilty to five breaking and enterings.

As part of a plea agreement, Read pleaded guilty to five charges of grand larceny and five charges of entering a house with intent to commit larceny in connection to the October incidents.

In the plea agreement, Read admitted to the five breaking and enterings, which occurred on Oct. 15, 16, 18 and 19.

Read was also sentenced with 30 years of good behavior and five years probation.