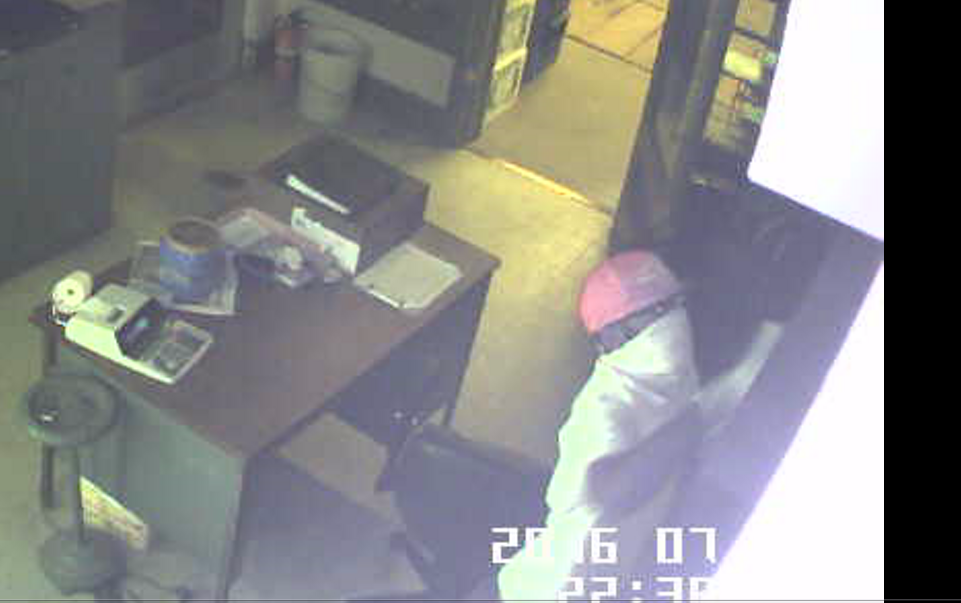 Surveillance shows a suspect being sought by Farmville police in a burglary Friday at a building on East Third Street. (Photo by Farmville Police Department)

Farmville Police are seeking information in a commercial burglary Thursday in the 900 block of East Third Street.

“Upon investigation, it appeared that a single suspect forcibly entered the business shortly after 11:30 pm on Wednesday, July 20, and stole an undisclosed amount of money and other merchandise,” a police release stated.

Police say the suspect was captured on surveillance video.

“The suspect was wearing khaki-colored pants, a white shirt, a red hat and gloves,” the release stated.

Anyone with information on the incident should call the Farmville Police Department at (434) 392- 3332.