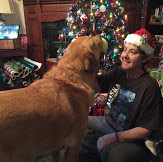 Peggy McGrath Snow, 60, of Burkeville, lost her 11-month battle to pancreatic cancer and went to be with her Heavenly Father on Thursday, June 30, 2016. Peggy was born in Landsburg, West Germany on June 2, 1956. She was adopted by Lt. Col. Harry and Virginia Snow.

Peggy was blessed to have found her birth sisters and one brother nine years ago and established a relationship with them.

She is survived by her long time partner, Linda Gray of Burkeville; sisters, Isabella Lockhart (Junior) of Leesville, LA, Leni Johnson of Braceville, IL, and Rosie Catanzaro of Clovis, NM; her brother, Karl Pennell of Annapolis, MD and her faithful canine companion, Tok. She also leaves to grieve a host of cousins, nieces and nephews as well as a large circle of friends. Peggy is preceded in death by her father and mother.

Memorial contributions may be made to the American Cancer Society, PO Box 23718, Oklahoma City, OK 73123.

A celebration of life memorial service will be held at Puckett Funeral Home on Saturday at 1 p.m.