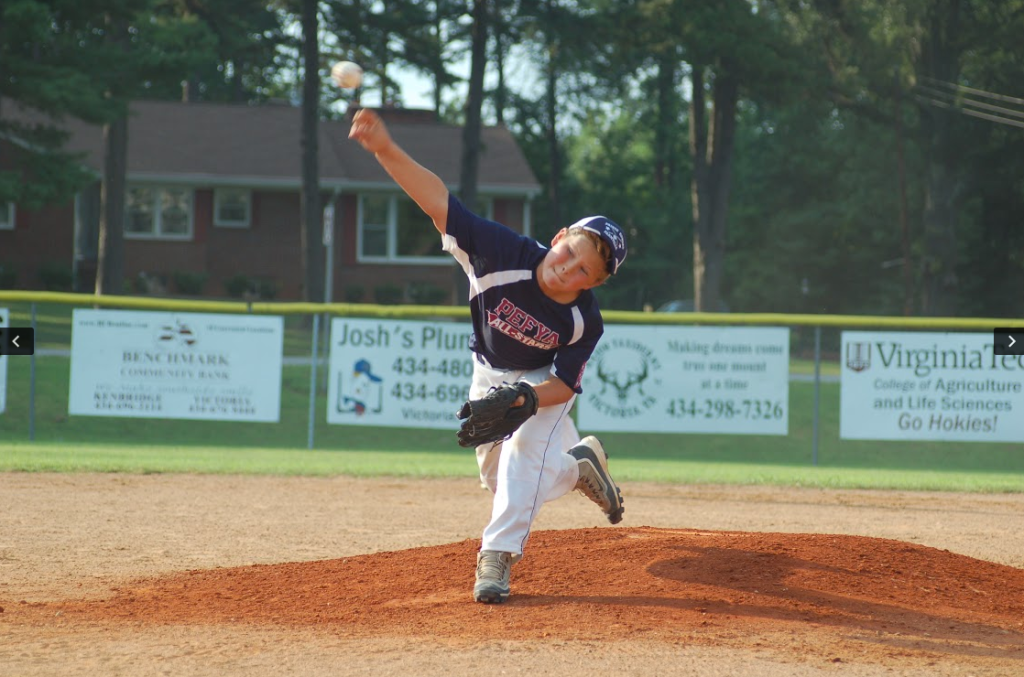 After the Prince Edward-Farmville Youth Association (PEFYA) All-Stars lost 13-3 on Saturday in the Dixie Youth District 5 Minor League All-Star Tournament, their manager promised their offense would show up on Monday.

It did, as PEFYA bounced back with an 11-4 victory over the Dinwiddie American All-Stars to keep its season alive in Victoria.

“I thought the team performed phenomenally,” PEFYA Manager Dave Furlong said. “This is the team that I know. Our first game, we didn’t meet the standard that we’ve practiced to, the level of performance. Tonight, the kids came out and played a good game of baseball, as did Dinwiddie American. … They always are a tough contender.”

PEFYA grabbed a 3-0 lead in the top of the third inning when Noah Boehmer hit a three-run double to deep left field.

In the top of the fourth, a passed ball and an error helped Mitchell Holman and Andreas Noraas score, to make it 5-1. Shortly thereafter, Harold Landis hit a two-run double over the center fielder’s head.

In the same inning, an Austin Queensberry hit allowed Landis to reach third, and using aggressive base-running, Landis scored to make it 8-1.

“Once you reach the all-star level, especially when you’re playing the Dinwiddie teams, if you don’t take advantage of every opportunity, they’re going to take advantage of them for you,” Furlong said. “So, it’s either us or them, and we came out tonight just saying we’re going to play aggressively.”

Queensberry threw four strikeouts for the game as pitcher.

“I loved Austin on the mound — phenomenal,” Furlong said. “I pitched him all six innings. He had a low pitch count. They couldn’t figure him out. They weren’t hitting him, so why fix something that isn’t broken?”

PEFYA lost its tourney opener 13-3 on Saturday against the Lunenburg County All-Stars.

After that game, Manager Furlong said, “Defense, I thought they were pretty solid and was proud of my pitchers, but we didn’t show up with the bats today.”

He suggested nerves might have played a role in the contrast of his team’s performance from Saturday to Monday.

“The second game, the kids just were a whole bunch more settled,” he said. “They’re great baseball players. I think they settled in and just played the game that we’ve been practicing for the last couple weeks.”

PEFYA was set to face off against the Dinwiddie National All-Stars on Tuesday at 8 p.m. in Victoria.