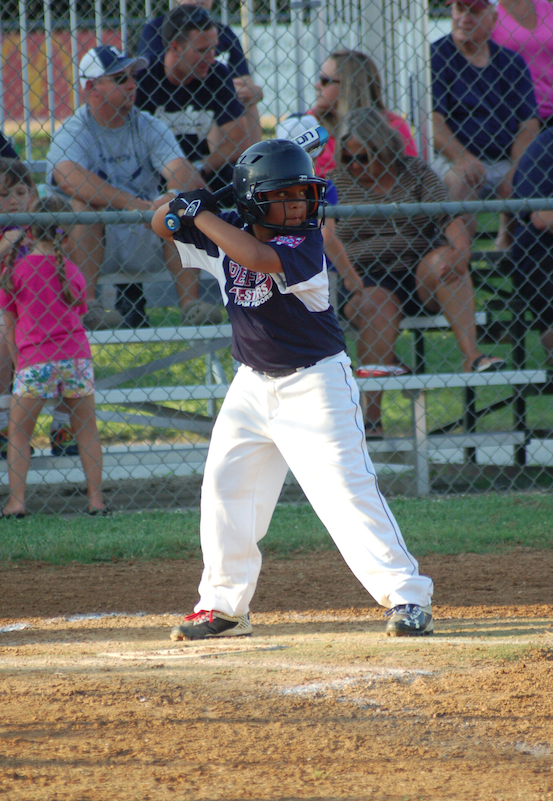 The Prince Edward-Farmville Youth Association (PEFYA) Machine Pitch All-Stars created plenty of excitement during the Dixie Youth State Instructional All-Star Tournament over the weekend before their journey came to an end on Monday evening.

PEFYA had gone 2-1 in the tourney over the weekend but was eliminated with an 18-3 loss to the Appomattox All-Stars on Monday.

“They put it on us pretty good tonight,” PEFYA Manager Jamie Davis said. “They have been by far the dominant team in the tournament, that’s for sure,” their closest prior game being an eight-run victory.

Nevertheless, the PEFYA boys finished among the final four in the state.

“It’s a very great achievement,” Davis said. “It was a great group of boys. They worked hard. It didn’t come easy.”

Making sure the PEFYA All-Stars had a challenge was the Lunenburg County All-Star team, their District 5 rival. PEFYA went 2-1 against Lunenburg to win the district title, and it improved that record to 3-1 on Sunday with a 12-11 victory in the state tourney.

Jayden Jones hit a two-run double in the top of the fifth inning to tie the game 11-11. In the sixth, Ryder Davis doubled and Nathan Motter drove him in for what proved to be the winning run.

PEFYA lost narrowly on Saturday to the Halifax All-Stars, 11-10, and won 18-11 against the Brookneal All-Stars on Friday.

He praised Sharon Drinkard for a well-run tournament and also highlighted the Farmville community for its support.

“I cannot even tell you how many people from the Farmville area have been out to these games — the parents of kids who played regular season ball but their kids didn’t make the all-stars, to the president of PEFYA, who’s been out here for every game, and the mayor of Farmville has been here for several games,” he said.