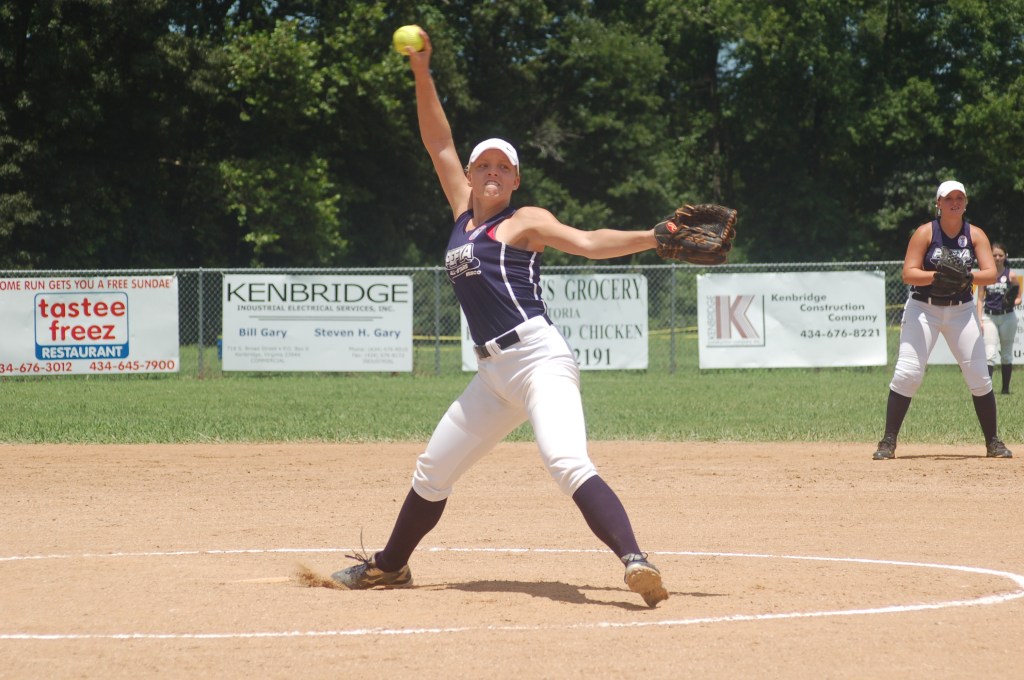 The Prince Edward- Farmville Youth Association (PEFYA) Debs softball team did not lead at all against its rival from Lunenburg County on Sunday until the final play of the game.

A two-run walk-off double by Melissa Wright lifted PEFYA to a 7-6 come-from-behind victory to help her team improve to 2-0 in the Dixie Softball Debs State Tournament in Kenbridge.

PEFYA was set to return to the field in Kenbridge on Tuesday at 8 p.m., playing Blackstone, which defeated Powhatan 4-0 in a Monday night showdown.

“We played hard, didn’t get our heads down and just did what we had to,” PEFYA Manager Michael Roach said.

His team got in a 3-0 hole in the first inning off a three-run home run. PEFYA chipped away at the lead with a run in the second and third, but Lunenburg added two more in the fourth to make the score 5-2.

PEFYA closed to 5-3 in the fifth and 5-4 in the sixth before giving up one more run in the seventh to trail 6-4.

With one out on the board in the seventh, Alexa Marzloff singled, and Mary Grace Amos batted her in to bring the score to 6-5. 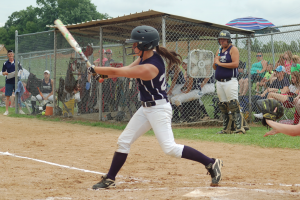 Wright’s double brought in Hannah-Gray Schmidt and Amos for the win.

“We played Lunenburg early in the season, and they were both close games, so yeah, we knew Lunenburg was going to come ready to play, and we were ready to play,” Roach said. “It was a good, hard-fought game. Both teams played well.”

PEFYA registered about 20 hits, but Roach hopes to see his team not leave so many runners on base in the future.

Jaden Capati pitched into the fourth inning for PEFYA, throwing two strikeouts, and Wright finished the game in the circle.

“The whole team played well, defensively,” Roach said. “We had a good defensive game. Pitchers pitched well. It was a team game today.”

In its first game of the tourney, PEFYA rallied Friday night against Amherst, endured a weather delay and returned Saturday afternoon to pull away for a 17-5 win.

“They came out and had some jitters, which I didn’t expect,” Roach said on Saturday of his players, “but the other team was actually a real solid team, and (we) came back today and jitters were gone and played really well.”

Amherst took a 3-2 lead after the first inning on Friday, but PEFYA rallied for a 4-3 advantage when play was stopped on Friday evening.

“Unfortunately, the other team’s pitcher couldn’t be here today to finish this game, but she was awesome last night,” Roach said. Not counting on a rain delay, “she had planned to work, so it was one of those things.”

Nevertheless, PEFYA had begun its rally on Friday and was able to pull away on Saturday, never relinquishing its lead.

Leading PEFYA on offense for the game was Gracie Hodges and Amos, each of whom produced three runs batted in.

“Gracie led us off with a home run,” Roach said, referring to the first at-bat of the game. “That’s a good way to start.”

Wright and Schmidt each had two RBIs apiece.