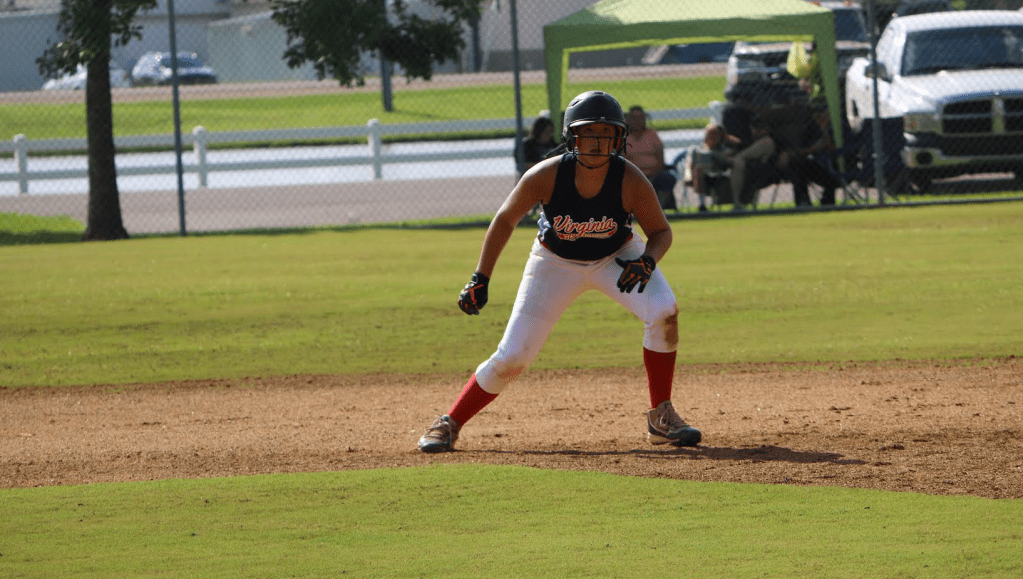 FARRAH SCHMIDT Jaden Capati, of the PEFYA Debs, keeps a watchful eye as she aims to advance on the bases during the 2016 Dixie Softball Debs World Series in Alexandria, La.

The Prince Edward-Farmville Youth Association (PEFYA) Debs scored five runs in the fifth inning to take a 5-4 lead against Florida on Sunday evening before ultimately falling 6-5, a loss which eliminated them from the Dixie Softball Debs World Series in Alexandria, La.

Florida held a 1-0 advantage after the second inning and grew its lead gradually, making it 3-0 after the third and 4-0 after the fourth. But then the PEFYA Debs, representing Virginia, began to get significant results on offense in the fifth.

“Abby Roach started off with a single to get that inning going, and we just kind of picked it up from there,” Manager Roach said. “We had nine hits in that inning.” 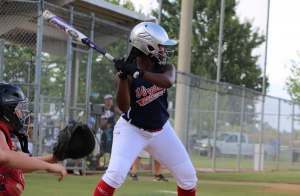 Hodges tripled during the offensive burst, driving in three runs. She went 2-for-4 for the game, while Alexa Marzloff was 2-for-3, as was Mary Grace Amos.

On Sunday morning, the PEFYA Debs played their first game in the World Series, falling 9-2 to the host team.

“They played much better in (the Florida) game than they did this morning,” Manager Roach said. “They came out and had a little more confidence, I believe, and came ready to play.”

The team featured the same rotation in the circle in both games, with Hannah-Gray Schmidt getting the start, later being relieved by Jaden Capati. Schmidt pitched three innings against Florida, with Capati pitching four, and they threw two strikeouts apiece.

Roach liked the character he saw in his team on the day.

“I think they showed their resilience today coming back in the second game with playing as hard as they did,” he said. “They played really well as a team. They supported each other. It’s great to see how they play together. They are a really good team.”

They became the first PEFYA Debs squad to win a state championship and advance to the World Series.