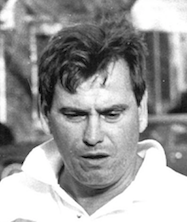 “Each coach brings a building block to the identity of Longwood men’s soccer,” said current Longwood Men’s Soccer Head Coach Jon Atkinson. “We’re indebted to Stan for what he contributed to our program — our thoughts and prayers are with his family at this time.”

The head coach of the Lancers from 1990-95, Cieplinski totaled 44 wins throughout his six seasons, including an 11-win campaign in 1990 for which he was named the South Atlantic Region Coach of the Year. One of seven head coaches in the history of Longwood men’s soccer, the blue and white enjoyed four winning seasons and two 10-win seasons under Cieplinski’s leadership.
Cieplinski led five players to All-Region honors, including Longwood’s all-time career points leader and goal scorer Ray Jones in 1990.

“Our college years are some of the most memorable in our lives,” Dyer, a 1993 Longwood graduate, said. “For those of us that had the privilege to represent Longwood men’s soccer during the early to mid-90s, Stan Cieplinski was the coach and leader that had a tremendous impact on our experience as student-athletes during that time. He was a caring, humorous and genuine man who committed the majority of his life to our beautiful game. His contributions and influence will not be forgotten.”

Cieplinski is survived by his wife Deborah and daughters Christine, Jessica and Stephanie.