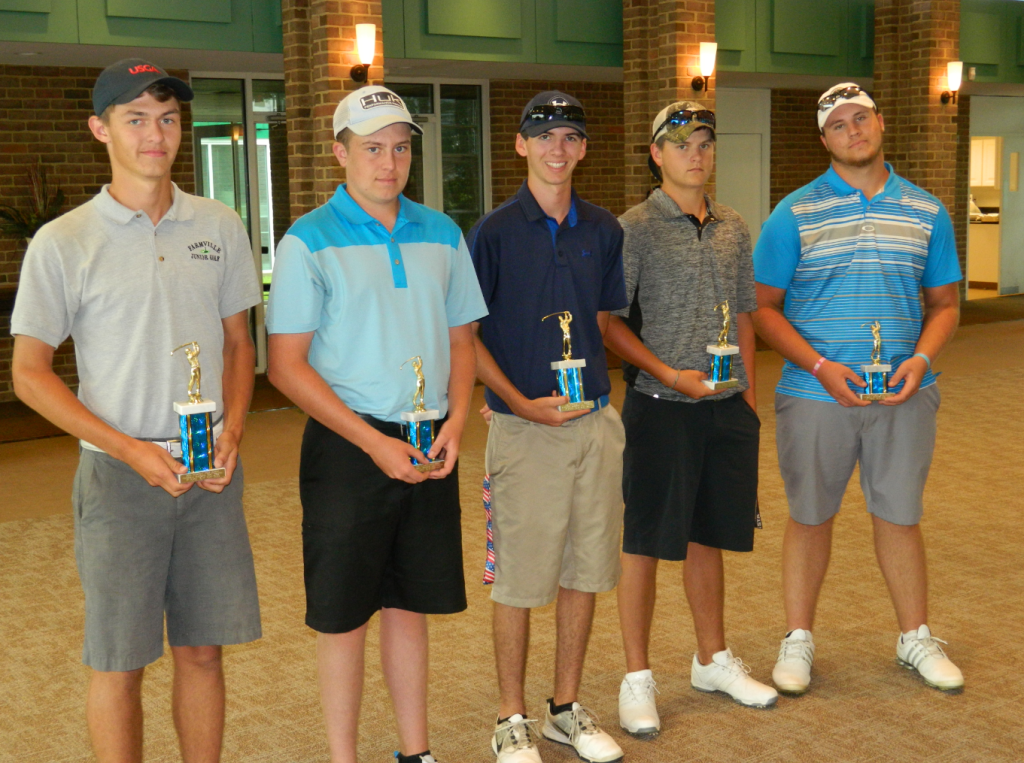 Cumberland County High School rising senior Chase Grubbs continued to find success on the links by winning the boys 16- and 17-year-old division of the Piedmont Junior Golf Tournament at the Farmville Municipal Golf Course on Thursday.

He finished as the overall male medalist in the event, producing a nine-hole score of 38.

“I hit the ball OK,” he said, adding that he has “a little bit of room for improvement going into high school. … My putting really helped me out today. I made some key putts for par, and I would have liked to have made a few more, but it helped. It’s always nice when you can putt.”

Monroe Preston, who coached Grubbs at Cumberland and in a junior golf program at the municipal course, said, “I was glad to see that Chase won here, his home course, so I’m proud of that.”

Preston said he thought the group of boys that Grubbs was playing with would put pressure on him. Matthew Myers came in second with a score of 40, while George Sandbridge took third, shooting a 42.

“The same guys that he had to play today are guys he’s going to have to play in high school,” Preston said.

Grubbs, a three-year letterman in the sport at Cumberland, where he is the No. 1 player, said this is his ninth year playing golf and that he has been participating in Piedmont Junior Golf tournaments since he was 9 or 10.

“They’re fun,” he said. “It’s always nice to see the course before we go play them for high school.”

And when high school golf is over, he hopes to continue playing in college.

“I’ve talked to a couple smaller schools, but big plans for this year,” he said.

Randolph-Henry High School multi sport standout and graduate Maggie Adams was the overall female medalist with a score of 37 and the winner of the girls 14- to 17-year-old division.

She said what helped her achieve a 37 was “probably my putting. My putting is usually my weakest point, but I was putting well today, except that one three-putt.”

Helping push Adams was Emily Coppedge, who played alongside her and narrowly came in second.

Not minding the pressure, Adams said, “I like it because it makes me play better.”

Preston, who helped run the tournament, was pleased with the turnout of 50-plus golfers.

He said that what he enjoys about hosting Piedmont Junior Golf tournaments is “the smile on the kids’ faces and especially when they hit a good shot. That’s what I want to see.”

He expressed thanks to the members of the senior golf program at the municipal course for coming out to help orchestrate the tournament, including aiding the younger golfers with scoring.