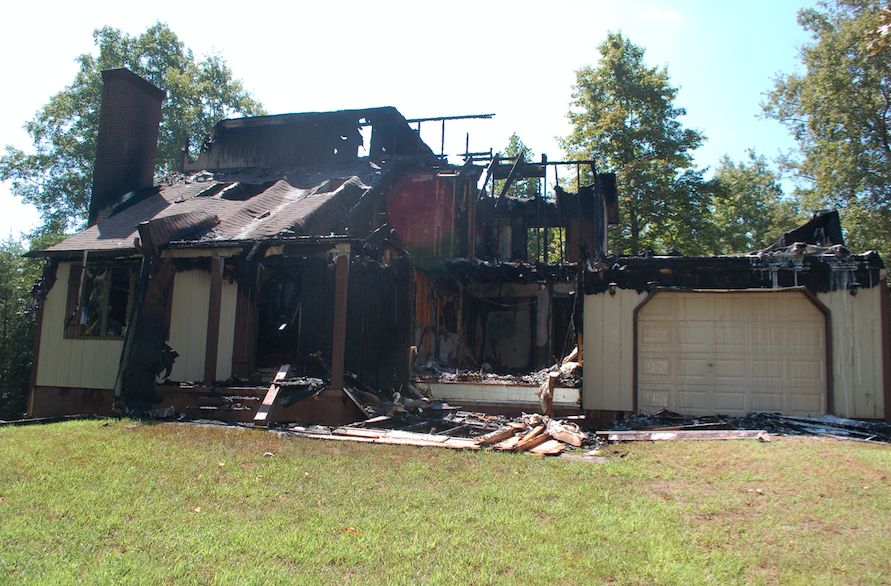 Lightning struck three homes during storms Tuesday evening, one of which destroyed a three-story home in Darlington Heights.

As lightning danced and thunder boomed across the Heart of Virginia, Farmville saw 1.29 inches of rainfall, according to radio station WFLO, the area’s National Weather Cooperative Observer. 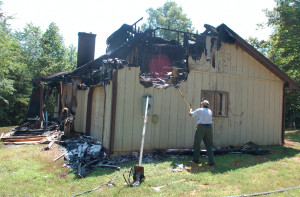 JORDAN MILES | HERALD
After striking a tree close to a home at 4878 Darlington Heights Road on Tuesday night, lightning ran along the tree’s roots to the corner of the home.

A lightning bolt hit a tree adjacent to the home, traveled down the tree, across the yard and into the home.

The home was unoccupied at the time of the fire and no one was injured, Tinsley said.

He said the fire was reported at about 10:30 p.m. during one of the storms.

Fire crews from Darlington Heights, Pamplin and Hampden Sydney responded, Tinsley said. On Wednesday morning, fire crews were called back to the scene in response to the fire rekindling.

During the storms, according to Prince Edward Assistant County Administrator Sarah Elam Puckett, two transformer fires and six downed trees across state roads were reported, along with power outages.

“Much of (the) Hampden-Sydney College campus was without power for four or five hours,” said Puckett. “There were widespread power outages around the Farmville (and) Hampden Sydney area. (That) was the main area impacted in Prince Edward County.” 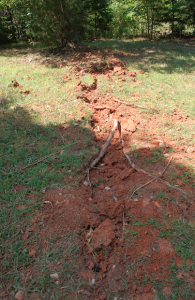 JORDAN MILES | HERALD
Lightening disturbed the dirt and roots between a tree and the burned home.

The two other homes struck by lightening sustained little to no damage, she said.

Officials said no significant damage was reported in Buckingham County, the town of Farmville or Cumberland County.