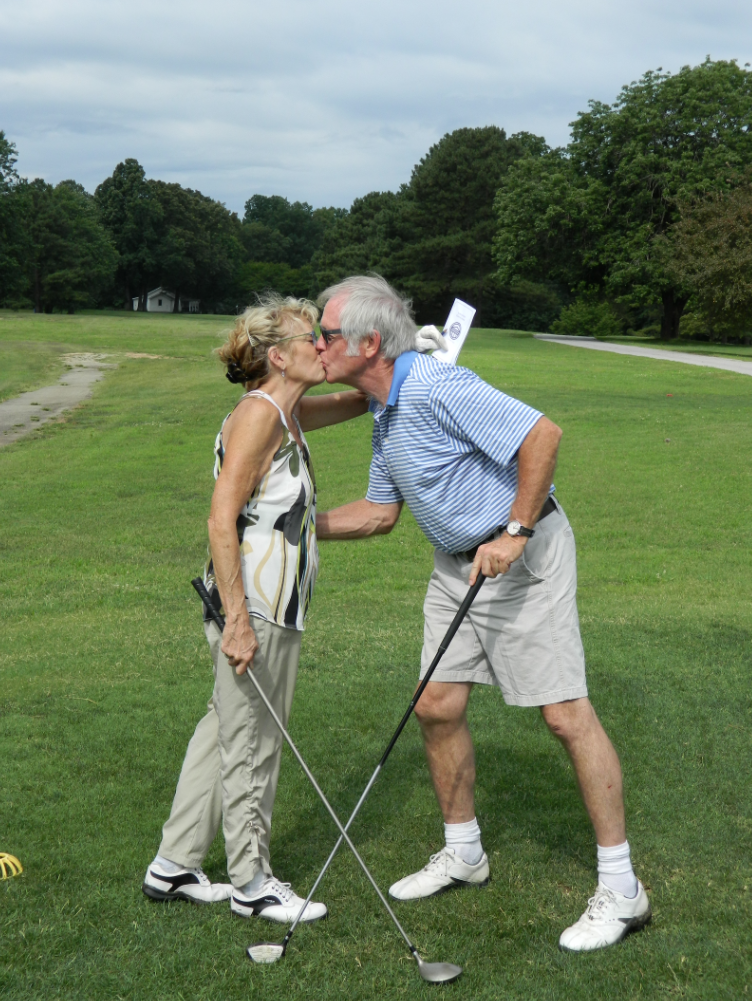 A quiet and forlorn mood hung over the Longwood University Golf Course (LUGC) on Thursday, designated as its last day of operation as a public course.

Course Attendant Daniel Ledger manned the counter at the pro shop that morning, letting golfers know that everyone would be able to play at the member rate for the day.

As Jeff Shanaberger and Doug Farley checked in with Ledger before going out to play, the three shared their histories with the nine-hole course that, according to a university press release, was built in the 1930s as a New Deal Civilian Conservation Corps project and was the first golf course in Farmville.

“I think it’s a sad day for a lot of local golfers, people who grew up here,” Shanaberger said.

Farley said he does not think closing the course makes financial sense.

“With the growing community that we have here in Farmville, you’re going to have more golfers,” he said. “And we’ve got two other courses here, but this could be well-supported financially, if it stayed open.”

Listing some of the particularly appealing aspects of the course, Shanaberger said it is “very senior-friendly. It’s not a long course. It’s challenging. It’s walkable. A lot of your 18-hole golf courses are not walkable, not for anybody that has any kind of health issues. It’s convenient.”

He reminisced about coming to the course in the summer during the 1970s and being able to play golf all day for $5.

“My memory is the golf pro at the time, Mac Main, who anybody that grew up around here knows, … encouraged us to play golf, real positive influence,” Shanaberger said. “He liked to see kids come out here and have fun.”

Ledger, 23, started playing golf when he was 12 and said, “My dad used to bring me up here. This was the first course he ever brought me to.”

“I’m a little sad, and I’m a little disappointed it’s the last day, but I’ve got to move on at some point, and I’m just hoping that something good is done with the place,” he said.

Public use of the course has declined over the past decade, and following its closure, it will begin transitioning to continuing use for academic purposes and as practice grounds for the university’s golf teams, Longwood officials say.

Things were a little less lively on Thursday than they typically are in some ways because the senior league that had long competed there had transitioned to The Manor Golf Club.

As the morning wore on, a growing number of golf carts began to patrol the course.

Daniel and Nancy Rogers, of New Canton, have traveled about 45 minutes to play there off and on for the last three-and-a-half years, and on Thursday, Daniel Rogers said he was feeling “kind of nostalgically bittersweet. It isn’t that we’ve come here a lot, but we liked the little course.”

Rick Fair and Kathy LeBlanc, members at the course for the past three years, expressed surprise and sadness, respectively, at its closing but did not want to miss its last day.

“We wanted to come out just for … the last hurrah,” Fair said.

They were not alone. Former Longwood national champion golfer Marcia Melone spent quality time on the driving range with a close friend from Florida, Riccardo Stevens.

“I drove up from Florida, and (I’m) spending four days here just to play the golf course I used to play on,” said Melone, a 1988 graduate whose locker from her playing days still bears her first name in the back of the pro shop.

“I loved it here, learned a lot here,” she said. “I’m very sad that they’re thinking of doing something different than what it is.”

Melone expressed hope that the course could still be revived, and sharing that hope was her former Longwood coach, Dr. Barbara Smith, who was also on the course Thursday.

The coach at Longwood for 27 years, Smith guided the program to three of its five national championships, and she noted those teams all honed their skills on the LUGC.

She expressed respect for the other courses in the community but said the Longwood Golf Course “is my favorite because this is where I spent my life.”