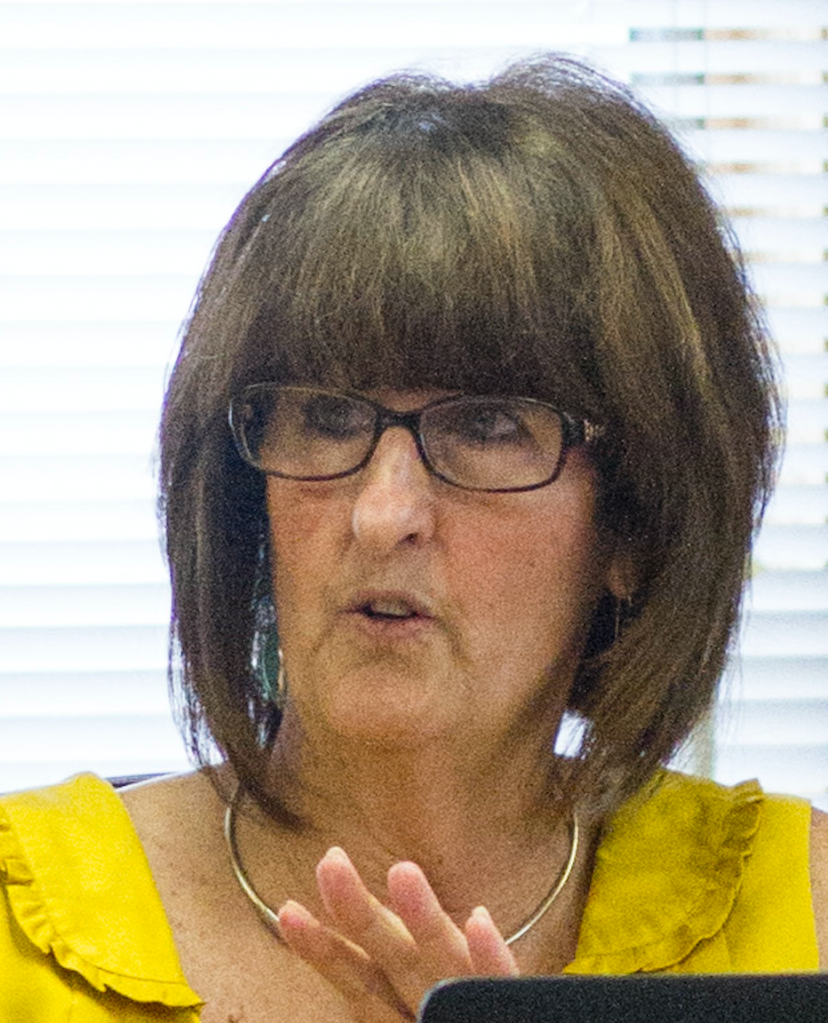 The Prince Edward County School Board elected Sherry Honeycutt, Farmville District Representative, as its new board chair on Wednesday.

The decision came after a tie vote during the board’s regular meeting, with Honeycutt and her opponent, Leigh District Representative Dr. Timothy W. Corbett Sr. each receiving three votes.

Newly appointed Buffalo District Representative Dr. Wilkie Chaffin abstained from voting, citing that he had “only been on the board about a half hour.”

Dr. Chapman Hood Frazier, Lockett District Representative, was not present at the meeting.

Following the tie vote, the board discussed postponing the election until its August meeting.

Before the decision to table the vote for chair was made, Corbett decided to concede from seeking the position.

Honeycutt was voted in on a 5-2 vote, with Corbett and Womack voting in opposition.

Honeycutt was appointed onto the board in 2013. During a previous term of service, she served as board chair.

Corbett has served the board for the past four years. He was recently re-appointed to the board over Dr. Wayne E. McWee.

Nominations were also taken for the vice chair position. Both Womack and Thomas were nominated.

Again there was a split 3-3 vote, with Gur, Corbett and Womack voting for Womack and Thomas receiving the votes of Honeycutt, Varner and Thomas.

“We need to have a vice chairman today,” Gur said.

Dr. Barbara Johnson, the newly appointed school superintendent, called the board’s legal counsel, Craig Woods, for an opinion.
Woods confirmed the vice chair vote did not have to be finalized during the meeting. The board agreed to wait until the August meeting to fill the position.

Members stated that they hoped during that meeting all board members would be in attendance. Many members cited that Chaffin would have interacted more with the board during the time span, and may not feel obligated to abstain from voting.

The meeting transpired during the first week of Johnson’s term as superintendent and in the absence of long time school board member and chair Russell Dove. Dove served as chair during 11 of his 15 years on the school board.

Dove did not seek reappointment for for the 2016-17 school board. In previous interviews, he said, the decision was based on two key factors: a personal matter and discontent with the actions of others.

“My concern is the cohesiveness of the board at this time,” Corbett said during the annual reorganizational meeting. “I want to make sure we, as a board, improve cohesiveness.”

He stated that he yielded to Honeycutt so the board would not be divided.

“I am honored to be given the opportunity to be chair of the Prince Edward County School Board for this year, and very much appreciate the gentlemanly and cooperative gesture exhibited by my fellow board member, Dr. Tim Corbett,” said Honeycutt.

“I look forward to having a continued productive year with the all the staff and faculty. We all remain committed to providing the best education for all of our students.”

The board will vote again for the vice chair seat on Aug. 3.