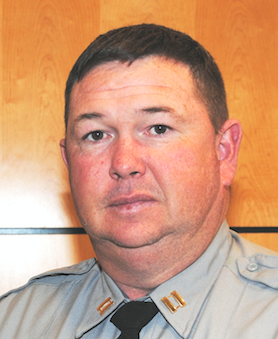 A.Q. “Andy” Ellington — the deputy chief and captain of the Farmville Police Department — has been named acting police chief.

The town will continue its search for a permanent chief, Spates said. “We’re planning on going through the process … We have advertisements out now. We just started the (search) process. The last time it took 60-90 days.”

“I just had an unexpected opportunity outside of law enforcement pop up, an employment opportunity,” Davis said in a previous interview. “And, so, it was a difficult decision. I had to think about my family and what was best, so I took that job.”