Election season heats up in Farmville 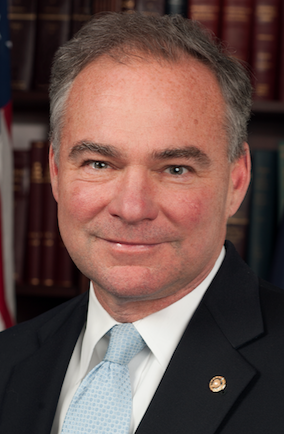 As the presidential debate and election season nears, more community members are forming opinions on the candidates.

During the past two weeks, the Republican and Democratic National Conventions have finalized its candidates for November’s election.

With that in mind, the local Democratic and Republican parties are preparing for a contested political season. 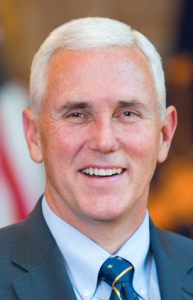 “While we will not be commenting on the candidates, certainly as a general matter it is exciting to see attention start to shift to the fall debates, and we are moving into the most exciting phase of preparation here on campus,” said Chief of Staff to Longwood President W. Taylor Reveley IV, Justin Pope said.

Mike Pence, Donald Trump’s running mate, is from Indiana and is currently serving as the 50th governor of that state. Previously, he represented Indiana in the U.S. House of Representatives.

Cindy Koether, chairman of the Prince Edward County Republican Party, said, generally, everyone she has spoken with about the Republican candidates is excited about Trump choosing Pence.

“Most people see him as a good complement to Donald Trump, more conservative than Trump, more deliberative, having more government experience and with a solid record of conservative votes while in Congress and a record of economic growth and lower taxes while a governor,” Koether said.

“Gov. Pence is a slightly more polished version of Donald Trump. Trump praises dictators, wants to ban an entire religious group from entering the United States, and has made offensive, racist remarks about fellow Americans. He is not suitable to be our Commander in Chief and I’m fearful of Gov. Pence being a heartbeat away from replacing Trump.”

Democratic vice presidential pick Tim Kaine has roots in Virginia. He is currently one of the state’s U.S. senators.

He began his career as the mayor of Richmond, Virginia’s lieutenant governor and the state’s 70th governor.

“The contrast couldn’t be more clear,” Cooper said. “U.S. Sen. Kaine has been serving the commonwealth for many years and we are ecstatic that he may serve this country as vice president.”

Koether said Kaine is “not a surprise” since Virginia is a swing state for Democrats.

“He is considered a ‘moderate’ by most people, but Republicans know he has been a rubber stamp as (a) senator for the liberal Democrat agenda,” he said.

Cooper said this November’s election is “the most important … of our lives.”

“The next president will potentially appoint numerous Supreme Court Justices,” Cooper said, “which will dictate the direction that our country will move towards for the next 30-40 years.”

Koether said Democratic and Republican political parties in each county would welcome volunteers to make phone calls, put out signs and knock on doors.

“People should not assume someone else will do the work, everyone needs to volunteer to do what they can, if not for ourselves, for the next generation,” he said.

Koether and Cooper said the atmosphere of this year’s election has been competitive, with both sides vocally supporting their candidates.

“I, like most people, am sorry the rhetoric has gotten so vitriolic this year. I would like the focus to be on policies and issues and not on personalities,” Koether said.

“One positive characteristic this year is the number of new voters getting engaged on both sides. It has been a challenge to both parties to incorporate them within their traditional party structure.”

“We … will begin a push to help with the restoration of rights for our fellow citizens that have made mistakes in the past. We will be knocking on doors, fundraising and phone banking,” he said.

According to Pope, Longwood will have announcements in the coming weeks about debate-related activities and events which will be open to the public.

Visit www.debate.longwood.edu for more information about the vice presidential debate in October at Longwood.

Contact Koether by email at ckoether@hsc.edu to get involved with the Republican Party.

To get involved with the Democratic Party, contact Cooper at taikeincooper@gmail.com.