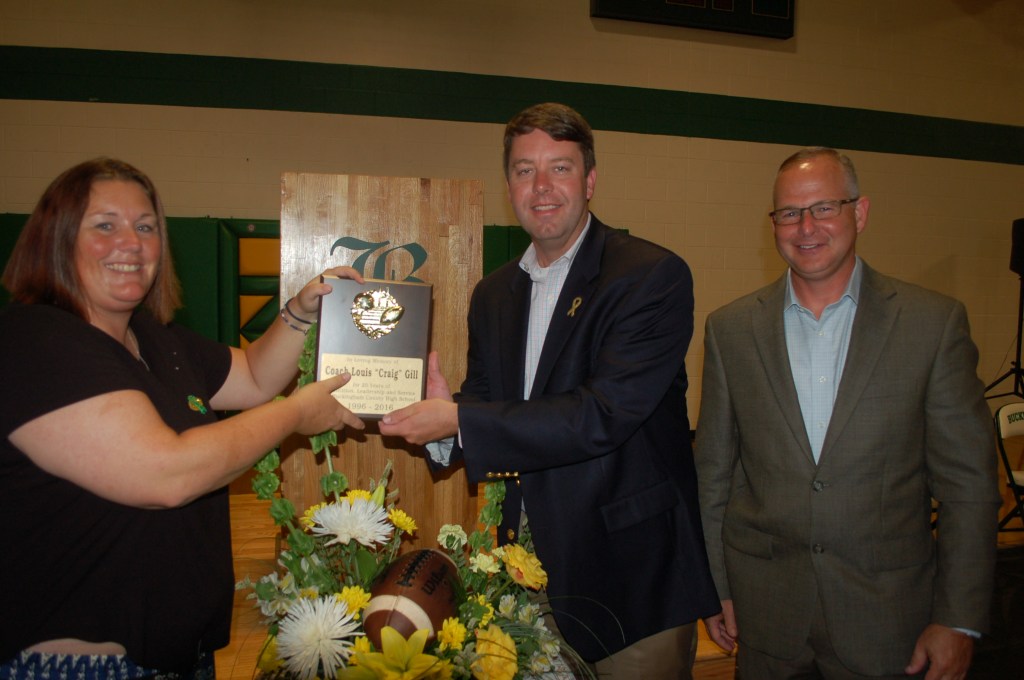 Former students, athletes, colleagues, friends, family and members of the Buckingham community remembered former head football coach Craig Gill on Sunday. The memorial service, held at the high school, featured a slide show, comments from friends and former players and a candlelight ceremony. Gill died July 8 after battling cancer for three years. During the event, Gill’s son, Jason, middle in above photo, was given a plaque commending his father’s service and work for the school division and the community. Krissy Stearrett, left, who taught with Gill for many years, presented the plaque. The Rev. Dave Reid, right, was a close friend of Gill’s. Below, Ramona Christian, standing at the podium, spoke on behalf of the parents of the youth who were coached by Gill. She spoke on the impact he had on the young men who came through the high school and his football program, noting the life lessons he taught both on and off the football field. A slide show presentation featured many of The Herald’s action and still photos of Gill. Also pictured below are, from left, Reid, the Rev. Jimmy Dunn and the Rev. Rick Caldwell. See more photos of the event at www.farmvilleherald.com. 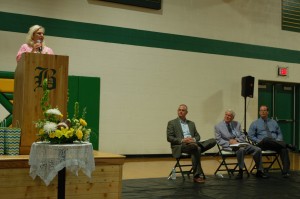