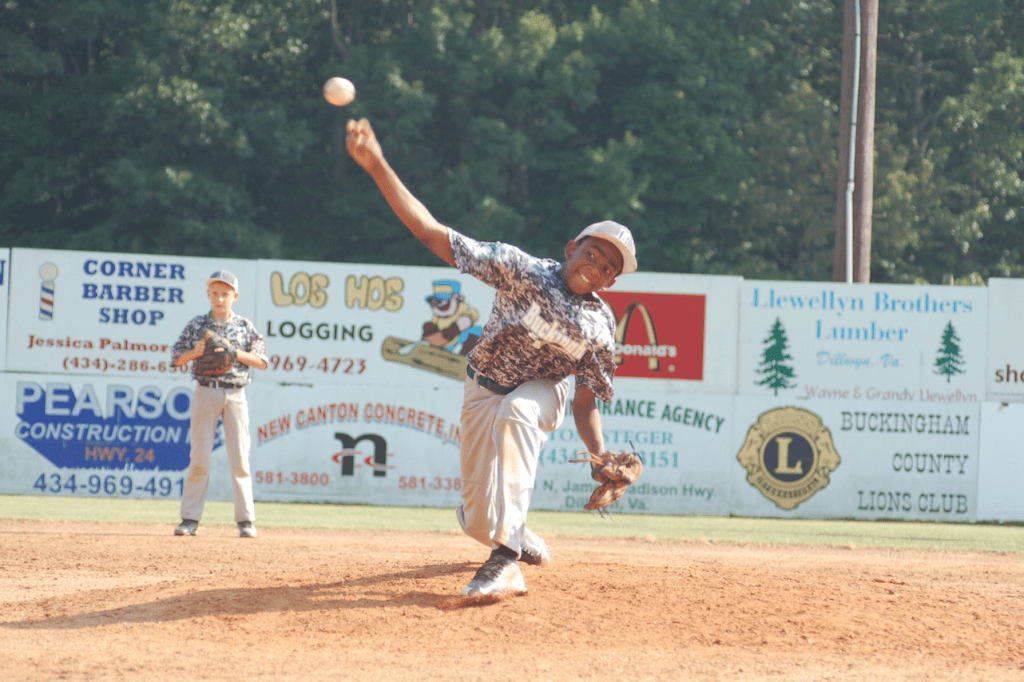 Micah Wilson sent the ball high in the air to deep left center with two outs, two runners on and a two-run deficit on the scoreboard in the bottom of the sixth. He had already sent the ball over the fence once in the game, but this time, the outfielder’s glove found it, allowing Amelia to escape with an 11-9 victory.

The loss eliminated Buckingham from the double-elimination tourney with a 2-2 record.

“Our pitching was good enough to win, for sure; our bats and our defense weren’t that good,” Buckingham Manager Drew Allen said. “We scored enough runs to where we just had too many errors.”

He said his team committed at least eight to 10 errors Monday, while Amelia likely had three or four, “and we lost by two (runs).”

Amelia opened up a 5-0 lead in the first inning, but its offense was quieter after that, awakening in the fourth and sixth for three-run bursts.

Jackson Whaley got the start on the mound for Buckingham, with Daniel Farrish, Colby White and Nick Allen also pitching later in the game.

In the top of the fifth, all three outs against Amelia came from strikeouts by White. Trailing 8-1, Buckingham began to show signs of life on offense in the bottom of the fifth. Wilson hit a solo home run, and White tripled and scored Whaley to make the score 8-3.

Amelia responded in the sixth with a three-run homer, a hit that proved essential to winning. In the bottom of the sixth, Buckingham put together a six-run rally, capped with a two-run single by Jake Carter that scored Nick Allen and Shawn Garceau Jr.

For the game, Allen reached base in every at-bat, with three walks and one base hit. Garceau reached base three times, all on walks, Camden Allen went 3-for-4 and White had a double, triple and was walked.

“He was dynamite,” Manager Allen said of White, who hit an inside-the-park home run in Buckingham’s 13-5 victory over Floyd County on Sunday.

Also in that win, Rocco Raynor hit a two-run homer and Wilson hit a solo shot.

Wilson led Buckingham with two homers for the tournament.

“He’s a first-year kid; he just started playing with us,” Allen said. Good enough to be a starter already, “Micah’s tough. He’s special.”

On Saturday, Buckingham edged Bedford 6-5. With his team down 5-4 in the fifth, Garceau doubled, Nick Allen drove him in and scored on an error to give his team the lead.

Buckingham lost 10-0 on Friday to Rustburg.

Confident in his players’ abilities when they perform to their potential, Manager Allen said he thought his team should have won the tourney.

“I think errors killed us, but we’re one of the best teams down here, in my opinion,” he said.