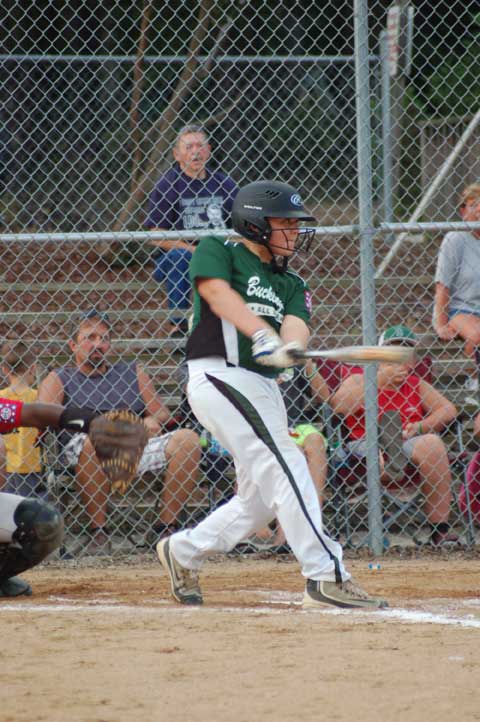 Because of a prior loss in the tourney, the Buckingham County boys would have needed to defeat Goochland twice to claim the district title.

Despite the loss, Buckingham will advance with Goochland to the state tournament in Blackstone as the top two Major League teams in District 4.

“I think we’re the first team that took them six innings, so they’re a very good team,” Toney said.

Justin Gunter took Woodson’s place on the mound and showed skill despite Goochland piling on four runs in the fifth.

“He’s actually only 10 years old, so it’s a big jump for him, but he threw the ball well,” Toney said.

In the bottom of the fifth, Buckingham got on the scoreboard when Holden Tyson batted in Cody Petersheim.

Buckingham, which went 2-2 in the tournament, advanced to the championship game after defeating the Amelia All-Stars 12-4 on Sunday.

In that game, “our pitching was awesome,” Toney said. “Matthew Davis pitched, and Dalante closed out, and they were lights out. And we hit the ball, and we were aggressive.”

In Buckingham’s second game of the tournament, it blew out Scottsville 24-0.

“Our bats were on fire,” Toney said. “That’s about all I can say … but Scottsville’s a class act, really. That’s why they won sportsmanship. They’re good people.”

Amidst the flurry of offense for Buckingham, Lane Branch hit a grand slam.

Toney said that Branch went 9-for-11 during the course of the tournament.

“He’s been stellar at the plate,” Toney said.

Jayden Woodson also hit a home run during the contest.

Toney gave praise to Dillon Kimberlin for his play in the outfield during the tournament.

“This was a tough tournament, there were some tough teams, and Amelia was tough, and it was an honor to play against them, and I’m just glad we came out on top,” Toney said, referring to the victory which secured his team a state berth. “But we fell a little short of our goal about winning the tournament, but we’ve still got another chance. We’re still alive.”

Buckingham’s next chance comes on July 15 when it begins play in Dixie Youth State Major League All-Star Tournament in Blackstone.