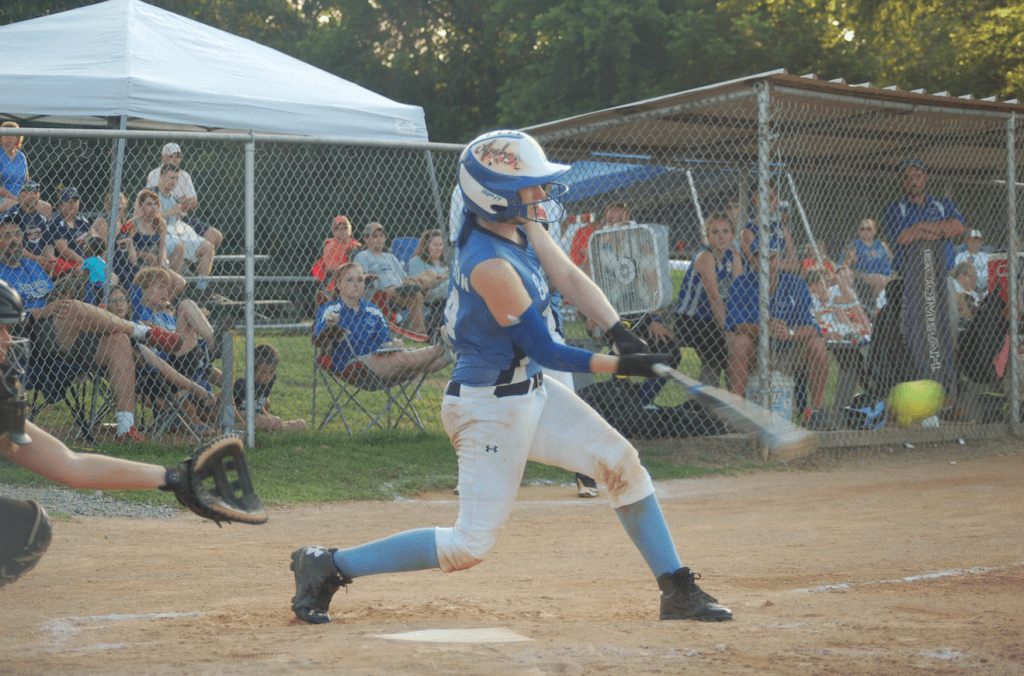 The Buckingham Debs softball team jumped out to an early lead on Monday evening but could not keep Lunenburg County in check, ultimately falling 16-8. The loss eliminated Buckingham from further competition in the Dixie Softball Debs State Tournament in Kenbridge.

“I think we could have done a little bit better, but hey, I’m proud of them because they’ve been working hard all year for me,” Buckingham Manager Chris Gough said of his girls.

They finished with a 1-2 record in the state tournament.

After opening a 4-0 lead in the top of the first inning and keeping Lunenburg from tying, Buckingham made it 6-3 in the second inning. But Lunenburg put together four runs in the third, taking a lead that it never gave up.

Despite the loss, the Buckingham girls made routine contact with the ball to reach base. Several players had multi-hit games, led by Olivia Sims, Quen Williams, Sierra Wharam and Amber Wilkerson, each of whom had three hits.

On Friday, Buckingham produced a 7-6 comeback victory over Crewe-Burkeville to start off its play in the state tourney.

Prior to facing Lunenburg on Monday, Buckingham battled Blackstone on Sunday evening, narrowly losing 11-8. Gough said he thought this was his team’s best-played game in the tournament.

Gough expressed confidence in his team of girls and what they will be capable of in the future.

“If we get them all back next year, I think we’ll be good,” he said, adding that each of his players has a year left of eligibility in the Debs division.