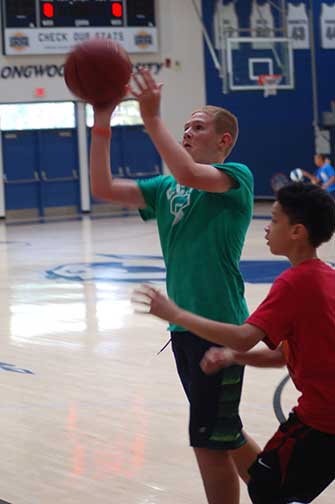 Twelve-year-old Peter Jones of Charlotte County goes up for a shot as Joshua Hicks defends on Wednesday during the third annual Jayson Gee Basketball Camp held at Willett Hall on the campus of Longwood University. It was the third day of the four-day camp hosted by the Lancers’ head men’s basketball coach.