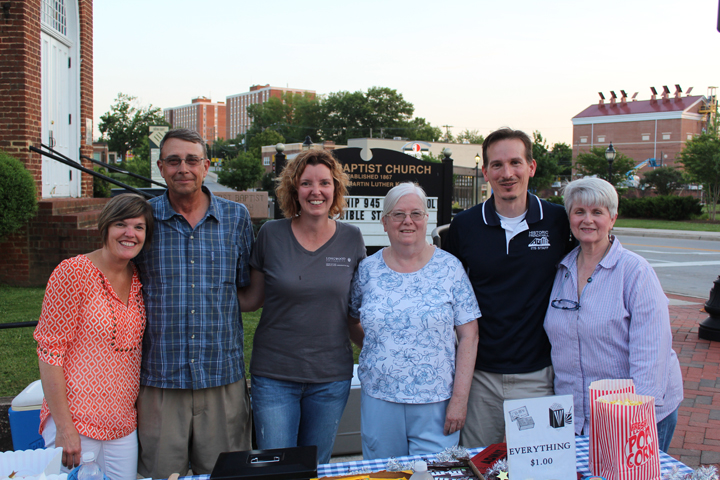 Downtown Stage Productions, with the help of sponsoring businesses, showed the Judy Garland classic “Meet Me in St. Louis” Friday night on Crute Stage during the 2016 premiere of “Stars Under the Stars.”

Jill Mock, who attended the event with her daughter, Ellie, said, “We just moved here not too long ago, so we’re excited.”

“Stars Under the Stars” has been held every summer for the past 19 years, and each movie shown has to be at least 25 years old. All movies are ordered by the Central Virginia Regional Library.

Event sponsors and committee members handed out popcorn, drinks and candy to movie attendees both before and during the film.

Investment adviser and event sponsor Kerby Moore was among those in attendance. 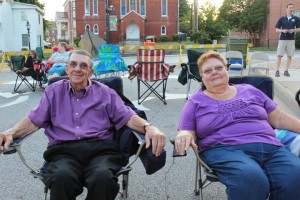 IRELAND SEAGLE I HERALD
Julian and Edwina Covington wait patiently for “Meet Me in St. Louis” to begin. They have attended every movie in the series for the past few years.

“I love old movies,” he said. “One of the things that attracted me here was the wholesome family value. That’s why I sponsor this (event).”

Upcoming movies are “Shane” on July 8 and “The Karate Kid” on Aug. 12. Both movies will begin at dusk. Go to www.facebook.com/starsunderthestars for more information about the outdoor film series. Admission to each movie is free.

Because it is a volunteer-run event, donations are welcomed.