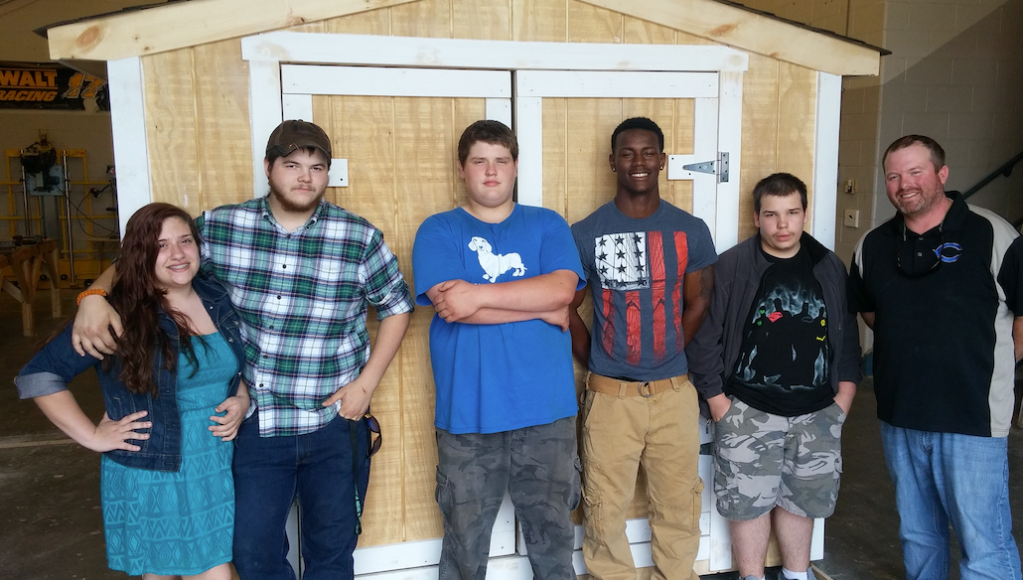 A Farmville Area Habitat for Humanity homeowner will need look no further than their back yard to know that they are cared for by a hard-working group of students from Cumberland County High School.

Approximately 20 students in various Carpentry and Building Trades classes built an 8-foot by 8-foot storage shed as a project during the spring semester.

The shed, whose materials were bought at a discounted rate, has been sold to a local Habitat homeowner for just the cost of the materials. This partnership came as a result of a meeting with Jayne Johnson, executive director of the Farmville Habitat, and various school board members and teachers from Cumberland schools.

First-year teacher David Sullivan, who has an extensive background in construction and is also one of the assistant football coaches for the Dukes, took time to explain to his students the mission of Habitat and why their work is important in the community.

According to Sullivan, “The students were more involved and really took their time and put great effort in the project.”

The shed, which took about a week and a half to complete, was an advanced build for the young carpenters.

After this year’s football season, a storm blew through Cumberland and destroyed the ticket booth located at the stadium. Sullivan taught his classes how to build a new ticket booth, which provided an appropriate learning curve for the storage shed.

Sullivan said, “The materials for the Habitat shed were delivered right as we were putting the finishing touches on the ticket booth.”

The time and talents of Sullivan and his students have made it possible for this homeowner to have a beautiful, durable shed at a greatly reduced price to accent their Habitat home.