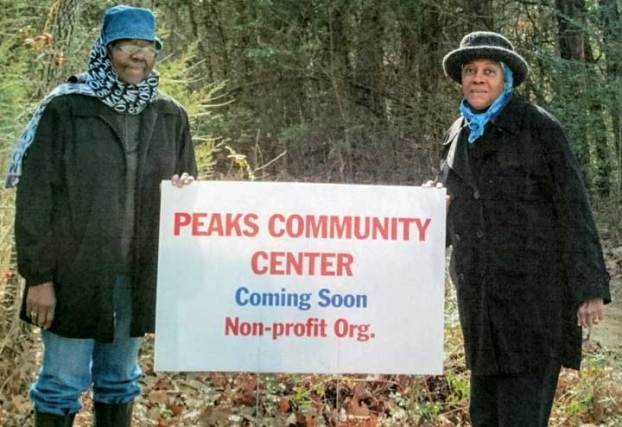 While alive, her house was in squalid conditions. Her food was placed on the ground and old recliners sat on her porch as the house slowly fell apart with her inside it. 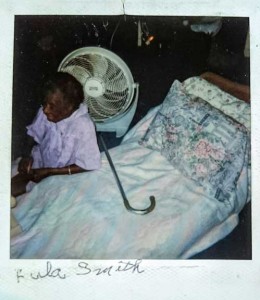 Alice Jones carries with her a Polaroid photo of the late Lula Smith, a Prospect resident, who died in a house fire in 1999.

Prior to her death, one of her alternative caregivers, Alice Jones, said she sought better living conditions for Mrs. Smith, contacting her primary caretaker, social workers, the sheriff’s office and the State Police.

According to Jones, everyone she contacted said there was nothing they could do. In a letter she sent to The Farmville Herald after Smith’s death, titled “The Death of Innocence,” she called both the mistreatment of the elderly woman and loss of life “preventable.”

Today, the self-labeled community activist plans to lead the development of Peaks Community Center, a new establishment dedicated to “serving any need.”

“If you see something that needs to be done, just go ahead and do it,” she said of her motivation to see the project through.

She wants to dedicate part of the property in remembrance of Smith.

Jones is looking at a 3.42-acre tract listed for $249,000 with structures already built but in need of renovation. The land has a remodeled warehouse, an old store that was converted for residential use, an apartment complex, two homes and a barn. 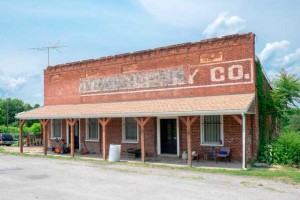 The potential site for the Peaks Community Center listed for $249,000 is located on Catalpa Lane in Prospect.

Hoping to hold a community meeting in the near future, Jones will seek volunteers to aid in renovating the property after fundraising for the costs.

She said the center would potentially offer services to the homeless, elderly and children, offering shelter, providing gym facilities and host programs like after-school care or feeding programs.

While Jones is a native of Prince Edward County, she has lived in many states and cities over the years, as far as Atlanta and as close as Richmond.

She recently moved back to Prince Edward and felt inspired to create the center. 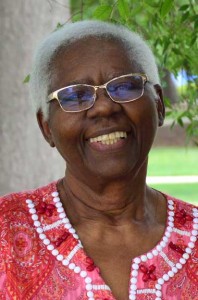 “I came back in the community, and I want to get it revitalized and put a new face on it,” said Jones.

For a little over a year, Jones worked to have her new nonprofit organization certified by the Community Development Council (CDC) and recognized by the state. We are Remnant of Hope Inc., her nonprofit, will be the recipient of any grants she may be awarded in the future for the community center, she said.

For help with the paperwork, Jones relied on her partner and longtime friend Queen Zakia Shabazz. Shabazz is the executive director of her own national nonprofit based in Richmond called United Parents Against Lead, an organization that recently celebrated 20 years of existence.

“(Jones’) passion was just so great that I wanted to be a part of it, and help her get it off the ground,” said Shabazz. “I don’t know that much about the area of Farmville, but there doesn’t seem to be such a project in place and it would be a great addition.”

Jones said the nonprofit’s name is to represent the “people that are left out,” — the remnants — further emphasizing her desire to help the elderly, homeless and children.

“They seem (like) they’re not wanted, people that are neglected … and so that’s what that stands for,” she said. “There’s a lot of people out there (who) if they just have the invitation, there’s a lot of things they can do.”

Piedmont Soil and Water Board to Meet

FARMVILLE — The regular board meeting of the Piedmont Soil and Water Conservation District is scheduled for Tuesday at 11... read more