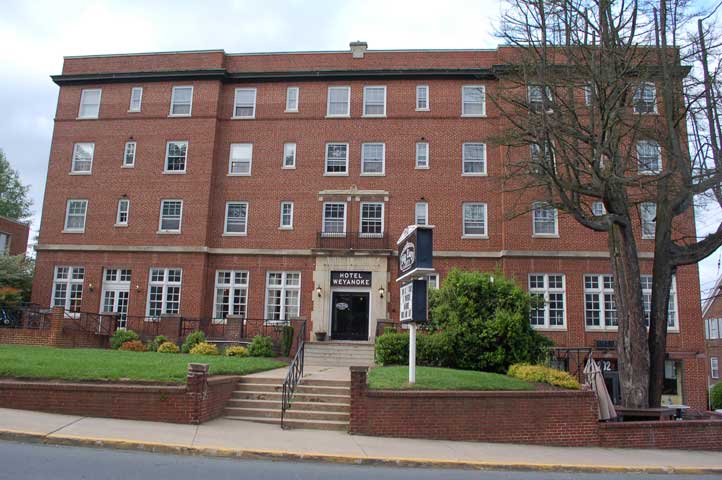 JORDAN MILES | HERALD The Hotel Weyanoke renovation project is slated to be complete in 2018.

Morris said the performance-based grant requires the Hotel Weyanoke project to create 70 jobs and invest at least $3 million in the town.

According to property co-owner and developer Ross Fickenscher, the entire renovation is estimated to cost $13 million.

“We support it 100 percent,” said Farmville Town Manager Gerry Spates. “It should be a huge boost for the town’s economy.”

In addition to the grant, the town sought assistance from the Virginia Tourism Corp. to obtain gap financing — more funding to balance the cost — for the Hotel Weyanoke developers after the town approved marking the building as a tourism zone, according to Morris. The gap financing can cover up to 30 percent of a project.

The town and developers will also seek a 20 percent project cost reimbursement from the state through enterprise zone funds after the hotel is completed.

Fickenscher said the renovation should be finished by early fall 2017.

“A lot of our businesses have used it in the last 10 years and it’s brought millions back to the town,” said Morris of the reimbursement opportunity.

Following the closure of Bar 202 and The Big Easy, formerly housed within the Hotel Weyanoke building, Fickenscher confirmed the 70-room renovated hotel will have two restaurants to fill the spaces; the type of restaurants is uncertain as well as whether two separate restaurants will hold the space versus the same in both locations.

According to Spates, the town is having some conversations with potential restaurants to fill the space as well, but is “not actively” pursuing options currently.

Fickenscher confirmed the hotel will have a rooftop area available for visitors, but plans for a beer garden have not been finalized.

“There will be a rooftop component, I just don’t know if it will be a beer garden or just a patio for the customers use or being more of a public component tied with the restaurant,” he said.

A leasing agreement to secure 60 parking spots from the municipal parking lot for hotel parking has been agreed to, according to Fickenscher and Spates. Fickenscher said the property owners are exploring other parking options as well, but the locations weren’t ready to be disclosed.

Diagrams of the layout and appearance of the hotel are not ready for release, according to Fickenscher. He said they hope to begin the renovations this fall.

Spates said he didn’t have any concerns with the start of construction, believing the developers would be “conscious of their neighbors.”