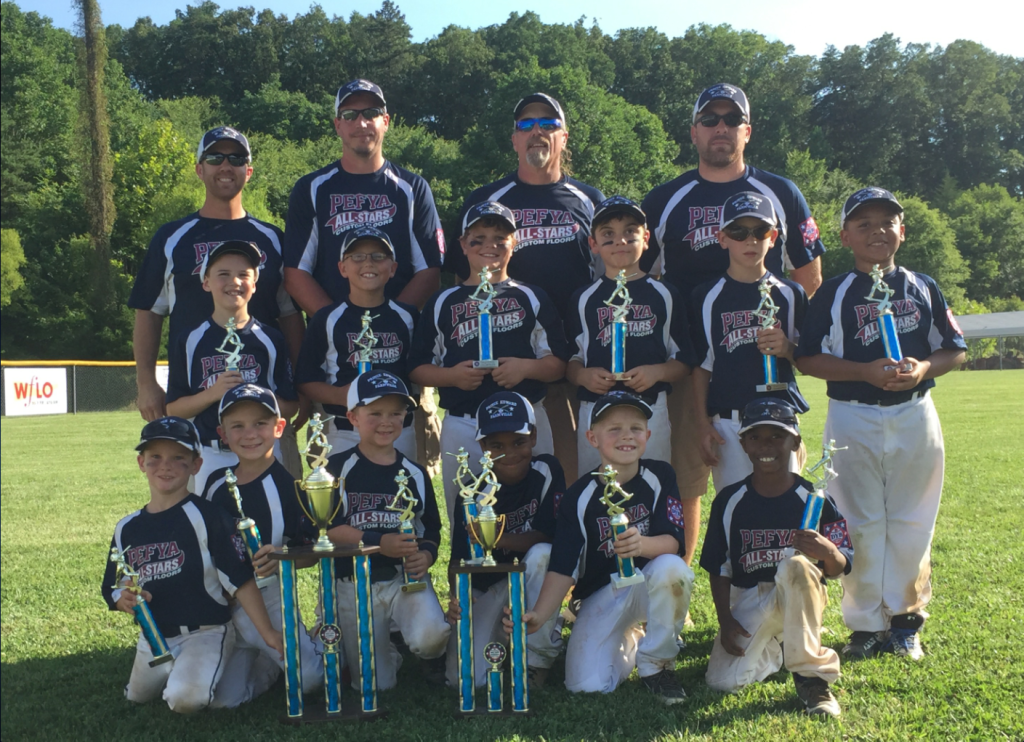 The Prince Edward-Farmville Youth Association Instructional Machine Pitch All-Star baseball team shook off some nerves over the weekend and emerged as the champion of the Dixie Youth District V Instructional All-Star Tournament held at PEFYA’s Field of Dreams complex.

The squad of 7- and 8-year olds lost its first game of the tourney 12-11 to the Lunenburg County All-Stars on Friday, recovered to defeat the Crewe-Burkeville All-Stars 17-1 on Saturday and then faced undefeated Lunenburg for the championship on Sunday.

PEFYA had to top Lunenburg twice to claim the title, and it did, winning 13-3 in game one and 8-6 in game two.

“The boys played exceptionally well,” PEFYA Manager Jamie Davis said after Sunday’s doubleheader. “They played to their level of ability, and they hit the ball, they fielded the ball, they just did the fundamentals of baseball very well today, and I’m very proud of them.”

He noted that he was equally proud of the fact that they won the sportsmanship award for the tourney. 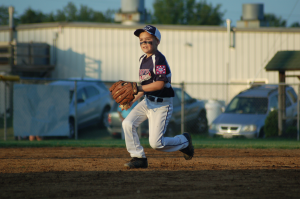 “There’s several officials that are at the game, watching the game, that are state officials and umpires,” Davis said. “Those people kind of pull together and determine what team has performed with the greatest ability of sportsmanship. And it means a lot to me personally, because working with these kids is a mission for our family. It’s a place where we feel like we can give our time and our energy and have a positive impact in our community, and to get that award was very special to me.”

He said his players probably do not realize it, “but it’s a big deal for them to win the sportsmanship award and the championship award, so I’m very proud of them.”

After winning its first rematch with Lunenburg in lopsided fashion on Sunday, PEFYA jumped out to a 7-1 lead through four innings in the second game, but then the lead started to shrink when Lunenburg scored three runs in the fifth. PEFYA prevented a full comeback with impressive defense.

“Several of our kids made just fantastic plays today,” Davis said. “Parker Allen catching a hard ball on the pitcher’s mound and throwing it from his back to second base to get the force out in an inning where they were really getting going was great.”

In the game’s final play, “Josh Simon, ranging from third base, makes a beautiful diving stop on a ground ball and throws it from his knees to second to get the force out to win the game,” Davis said. “So that was a beautiful play.”

Lunenburg Manager Derrick Hall said, “Hats off to Prince Edward-Farmville — they came out ready to play today, and we didn’t, and we ended up 2-2.”

All of PEFYA’s players contributed on offense during the tournament. Across his team’s four games, Allen led the squad with 11 hits, including seven singles, two triples, a home run and a double. He also had six runs batted in.

PEFYA plays in the Dixie Youth AA State Instructional Tournament on July 15 at 8 p.m. in Appomattox.