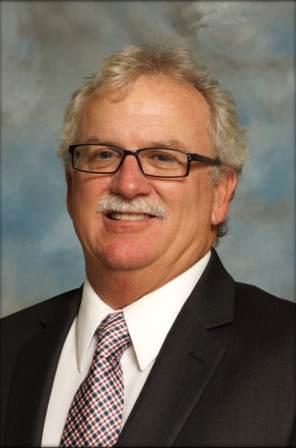 At-large Councilman Tom Pairet says he was “taken” with the June 8 Farmville Town Council meeting where real estate developer Russell Harper called him out, accusing him of trespassing on his property and spreading misinformation regarding Harper’s proposed 120-unit apartment complex.

“I’m a little surprised … I am surprised,” Pairet said when asked about the process the project’s conditional use permit has gone through.

In a separate interview with The Herald, Harper wouldn’t comment on his accusations regarding Pairet at the June 8 meeting, where Harper also accused At-large Councilman Dan Dwyer of spreading misinformation regarding the project.

The project, planned to be located off of South Main Street between Walmart and the Greens South subdivision, has drawn criticism since it was introduced to the public. The planning commission has recommended approval of the project, with recommended conditions on the entrance of the complex, which is slated for South Main Street just south of Milnwood Road.

The town council is set to vote on the permit during its July 13 meeting.

“The reason I didn’t respond was because of the fact that I was so mad. My father taught me, years ago, when you’re mad, don’t respond … That’s exactly why I did not (respond),” Pairet said.

He said Harper’s reasoning “failed to mention the fact that I was there on behalf of the town and the fact that I had been called by two different residents concerned about why there were town vehicles still coming and going from the Mottley property after the sale of the property. And, I didn’t know. So, I rode out there to see what was going on.”

Harper purchased the Mottley Lake property from the town months ago for $1.25 million.

Pairet said he found out that the town was demolishing a mobile home on the property “and that was the reason why the trucks were there.”

He said town equipment was being stored on the property, including lawn mowers, cobblestone and other property.

“I called Mr. Spates up and asked him, I said, ‘What’s going on? Why are these trucks still coming and going and this town property is still there?’ He said, ‘I just hadn’t had time, and Russell was gracious enough to let me get (the property) when I needed to.’”

Pairet serves as chairman of the town’s assets committee.

“I would like to know … what I said,” Pairet said of Harper’s accusation of his spreading misinformation regarding the project, “because it’s very interesting in the fact that I had tried my best to be very neutral on this whole entire process, because I did not want to make any public comments that would influence anybody or sway anybody one way or the other. I had not discussed this publicly or privately with anyone. And for him to say that I had spread misinformation is, let’s just say it’s an inaccuracy.”

Pairet said he was surprised that the June 8 meeting agenda was changed to include Harper.

“The whole thing was a complete surprise to me in the fact we were given about 30 minutes’ notice ahead of time that he was even on the agenda. It was my understanding before we had that meeting that he was not on the agenda to speak whatsoever. So, I was totally taken by the fact that we were even discussing that project at all … I was very taken by the whole process that night as far as from the beginning of the meeting to the end. … ”

Pairet said he’s not ready to take a stance on the apartment complex.

“I have listened carefully to the facts that have been presented to us. I’m also listening to the residents of the town of Farmville. I’m hearing a lot of concerns about safety issues. I do think there was some misinformation in the fact that I think there were some that did not realize that the apartment complex was a permitted use.”

“I’m very concerned about the safety of coming and going out of that apartment complex,” he said. “That intersection is an extremely (busy) intersection. And, I want the residents of the town of Farmville to tell me how they feel. Mr. Harper paid to have a traffic study done.”

He said he was hearing from residents “that they think it’s extremely unsafe. I’m not passing judgment until that night because the fact that I want to hear from the residents of the town of Farmville whether they’re for or against that driveway. In my mind, it’s a huge safety issue there.”

Pairet said he supports a right turn-only exit at the complex.

“What I have seen presented to us, up to this point, to make the best of a bad situation, I think a right turn-only is what is gonna be required,” he said.