One killed in Rice accident 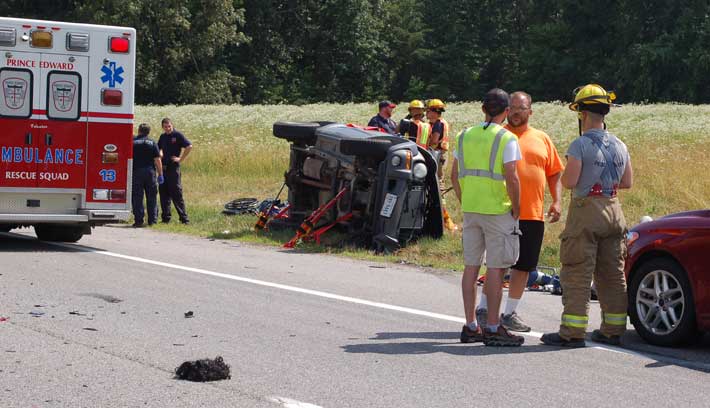 One person died in a two-vehicle crash near Rice Wednesday. (Photo by Jordan Miles)

One person died in a two-vehicle crash Wednesday afternoon near Rice in Prince Edward County.

At presstime, police hadn’t released the identification of the victim.

“There is one confirmed fatality and a second person has been transported from the scene for treatment of serious injuries,” said Virginia State Police spokeswoman Corinne Geller. “The cause of the crash remains under investigation at this time.”

The accident involved a tractor trailer and a passenger vehicle.