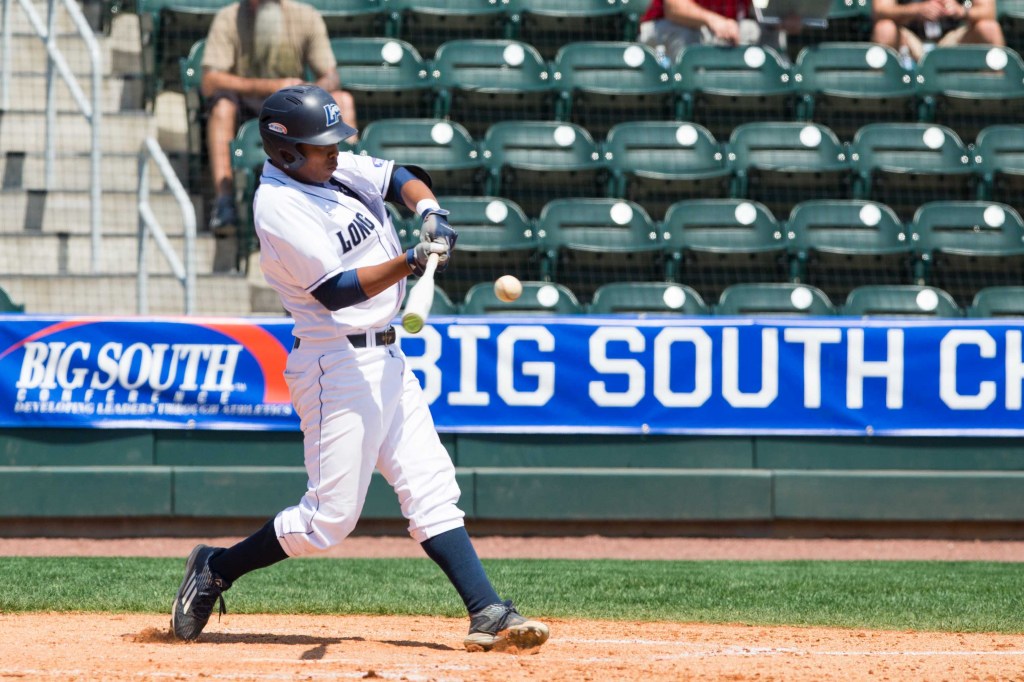 The level of competition got significantly harder for Longwood University’s sports programs when the school made the jump to the Division I level in 2008, but junior designated hitter Alex Lewis provided the latest illustration that the Lancers are meeting the challenge.

Both players contributed heavily to the Lancers setting the school record in the Division I era with 32 wins this season.

The last time the Longwood baseball team had first team all-region representation was in 1998, when shortstop Travis Pfitzner and outfielder Shawn Torian were named to the Division II All-South Atlantic Region team.

Lewis said making the first team was “a pleasant surprise. I really wasn’t expecting it, and I was just happy to continue to get recognized for the season that I had this year.”

Longwood Head Coach Ryan Mau was less surprised by the decision of the coaches in the region.

“I thought he had a really good shot, as well as Travis, in receiving something, and (it’s) just great for those guys to get acknowledged by coaches in this area,” Mau said.

He noted it was a great accomplishment for Lewis to break ground as Longwood’s inaugural Division I all-region first team baseball honoree.

“He’s put in an unbelieveable amount of work this past year after having a very difficult, and — he’ll tell you — underachieving sophomore year,” Mau said. “So, it’s been a tribute to the hard work that he’s put in and the work of our coaching staff and especially our hitting coach, Chad Oxendine, and the work they’ve done together in order to get him to produce like he did this year.” 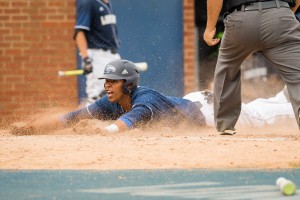 Lewis established career highs in virtually every offensive category this past season. He elevated his batting average 173 points from his sophomore average, from .196 to .369. In the Big South Conference, he finished third with 86 hits, third with 22 doubles, fifth with his batting average, seventh with 123 total bases, 10th with 45 RBI and 10th with a .528 slugging percentage.

“I feel like, last year, I really put a lot of pressure on myself,” Lewis said. “I’m the type of person who sets high expectations for myself, and I’m my own biggest critic, so this year, I guess the main focus was just getting back to having fun playing the game I love.”

Mau said that of Lewis’ glowing stats, he was most impressed with the 86 hits.

“They seemed to be really timely hits for us and game-winning hits, game-changing hits,” Mau said. “When we lost Kyri Washington last year to the draft with the Red Sox, we weren’t sure who was going to be able to step up and fill a role and a void like that in the middle of our lineup and (be) a run-producer. I honestly thought it would take a couple guys collaboratively working together to try to fill that void, and Alex single-handedly stepped up into that role and delivered all year long.”