Hearn leads ascent on the links 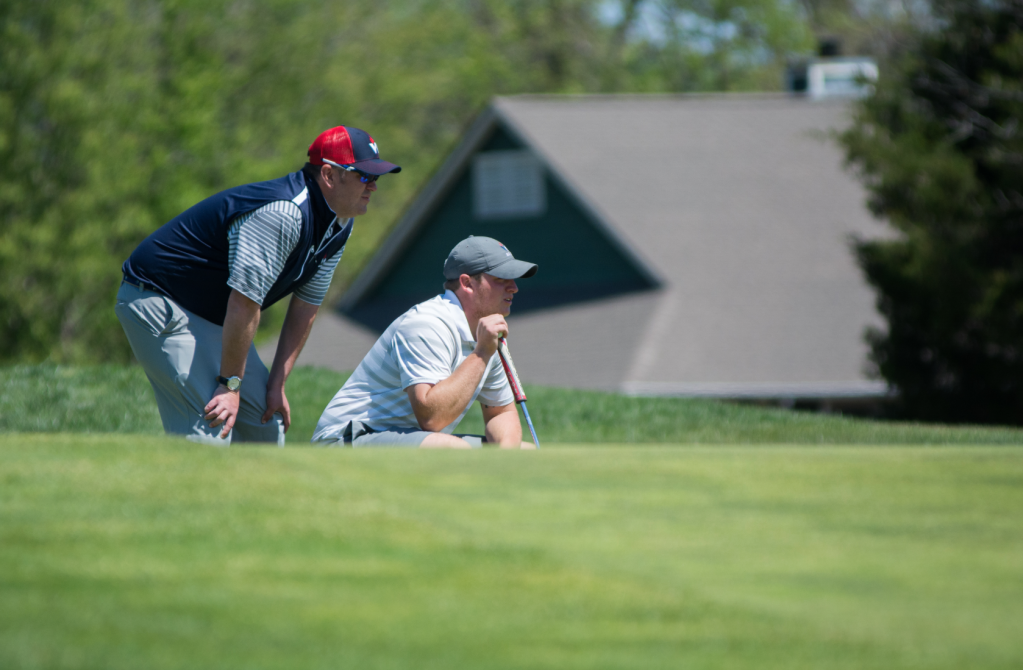 He has helped the men’s golf team improve in each of his four years at the helm of the program, and the performance he got out of the Marlins this year led to multiple coaching awards.

It was the first time in school history that a golf coach at Virginia Wesleyan had received either honor.

“We had a lot of firsts this year,” Hearn said. “We had two wins as a team during the regular season. My No. 1 player, Evan Cox, was the first-ever conference Player of the Year for our school. He was the conference champion and first team all-conference. And then he went on to be first team all-region and first team All-American and national champion. So, yeah, we had quite the bit of success.”

“It just was special for my guys because they have put in a lot of hard work over the past couple years, and they were very successful this year, and in turn, they made me look good,” he said. “So that award, being Coach of the Year, it’s all about them, because without them, I wouldn’t be there.”

The Marlins have been on a steady ascent during his four years as coach. He noted they were ranked ninth in the conference in his first year, seventh in his second year, fifth in his third year and third this year.

Hearn also noted that Virginia Wesleyan’s men’s golf team was ranked 198th in the nation according to GolfStat.com four years ago, and now it is ranked 32nd.

In analyzing what he is doing right as a coach, Hearn recalled his playing days in Farmville. “When I played golf at Prince Edward County High School, Marvin Meadows was my coach, and he instilled a lot of great qualities in me in terms of knowing when to step in with your players on the golf course — he was always good at that — and showing that you care,” Hearn said.

Cox alluded to both of these qualities when describing what made Hearn a great coach.

“Whenever myself or one of my teammates has a string of bad holes, he knows exactly how to calm each and every one of us down,” Cox said.

“And what’s great about that is he doesn’t do the same things for every player, because each player has a different viewpoint on how they’re playing and all that stuff. He really gets to know the players.”

Anytime one of the Virginia Wesleyan players needed anything, Cox said all they had to do was ask and Hearn was right there, ready to dedicate his time to lend them a helping hand.