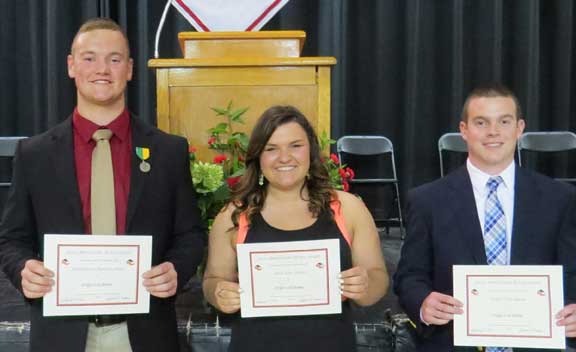 The rising seniors with the highest academic record received $1,000 to be applied to 2016-17 tuition.