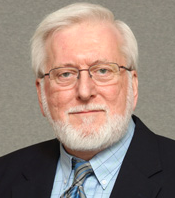 Death threats were made to Hampden-Sydney College Interim President Dr. Dennis Stevens following the termination of retired Army Lt. Gen. William G. Boykin after he made comments about transgender restrooms, causing controversy at the college and nationwide.

“Dennis Stevens, our interim president, received death threats. Others wrote him using terms such as coward and liar,” said M. Harrison Peebles, who serves as chairman of the college’s board of trustees, in an email to alumni.

“To be sure, there are strong feelings on all sides. The issues at hand are marked by passionately held views. The college’s approach wasn’t perfect, and we will learn valuable lessons,” he said. 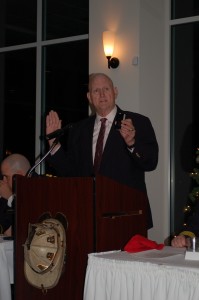 In May, Boykin was reinstated as a professor at H-SC after furor following his comments. Boykin alleged he was fired from the college after stating “…the first man who goes in the restroom with my daughter will not have to worry about surgery.”

Boykin “has accepted another year’s contract to teach in the college’s Military Leadership and National Security minor as Wheat Professor,” the college stated in a press release.

Boykin made his statement regarding the alleged termination on his Facebook page.

In an earlier statement, the college denied that he was terminated.

“Given the rotating nature of the Wheat Professorship, it is inaccurate to suggest that Gen. Boykin was fired. It is also an injustice to Gen. Boykin’s service to Hampden-Sydney and its students,” the college’s statement read.

In a later email to alumni about Boykin’s reinstatement, Stevens referred to his “decision not to rehire” Boykin.

“We will learn from this,” Peebles said. “I want you to know that I have directed the college to conduct a thorough post mortem of this matter (we know this will not be the last time we deal with controversy in the social media age). We will engage the necessary professionals, some from within our own alumni community, to assist with this task. The board will receive a full report at our August retreat, with the expectation that we will be given specific recommendations for improvement so we do not repeat any unforced errors and are better prepared in the future.”

“We have much to look forward to in the months and years ahead, and I sincerely ask that you remain passionately committed to our college and the young men we serve.”

“At the end of the 2016-17 academic year, the college will continue with its plan to restore the Wheat Professorship to short-term appointments in order to bring multiple perspectives on leadership to its students,” the college stated.

Boykin said he opposed the “bathroom bills” being debated nationwide.

Boykin said he never called for “violence against anyone. I was referring to perverts who will use these policies to get into locker rooms with girls and women, and I object to that. My statement was meant to be humor and not a call for violence, which everyone in my audience understood as humor.”

Boykin said he “gave the LGBT community just what they needed to pressure the college leadership to terminate me, and they did.”

“Too often these days, discourse about any serious issue is marked by angry exchanges and an absence of the basic manners … Traditionally, Hampden-Sydney has been immune to this degradation, saved from it by our devotion to open expression and civil debate,” Peebles said in his email to alumni. “But the recent whirlwind surrounding Gen. Boykin caused some to question whether we are committed to the core values embodied in the quotes above. We are and must continue to be. Unfortunately, during discussions about Gen. Boykin, those values were not followed at times.”

The college “must remain focused on what we do. We teach our young men to win arguments with Aristotle’s rhetorical proofs, not ad hominem attacks. We explain the merits of approaching public discourse with a humility that allows consideration of other points of view,” Harrison said.

In its original statement, the college said that “The Wheat Professorship was created to be a rotating position, allowing Hampden-Sydney to bring distinguished individuals from a wide variety of professional backgrounds to the campus. We are grateful for the contributions Gen. Boykin made to our educational mission and the impact he had on our students. We look forward to the exciting contributions to be made by future Wheat Professors who will follow Gen. Boykin in this distinguished role.”

Boykin served as the U.S. deputy undersecretary of defense for intelligence under President George W. Bush from 2002-2007, and spent 13 years in the Delta Force. He serves as the executive vice president of the Family Research Council, a Christian conservative lobbying group.