Dayton to national hall of fame 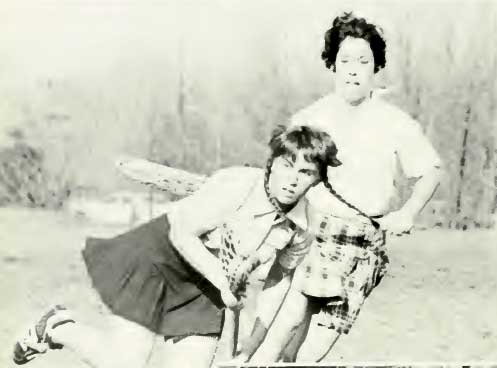 Julie Dayton, from Laurel, Del., competes for Longwood University during her college career that spanned 1978-81. She will be inducted into the National Lacrosse Hall of Fame on Sept. 10 in Hunt Valley, Md. (LONGWOOD UNIVERSITY)

Former Longwood University women’s lacrosse All-American Julie Dayton has been inducted into several halls of fame, but the latest one calling her name carries with it supreme prestige.

U.S. Lacrosse recently announced that Dayton was selected to the National Lacrosse Hall of Fame Class of 2016.

“Truly, it was kind of a speechless moment, which is rare for me, not usually a problem,” Dayton said of learning the news. “I just think it’s just such a high honor that I never really thought about that or (thought about) putting myself in that category. So, yeah, just very, very honored to be recognized with some of the sport’s greatest coaches and teammates.”

She was not sure how exactly she came to receive the honor, but she knew someone had to have been diligently submitting her career information for consideration.

“It’s a sort of a lengthy, detailed profile, and somebody had been putting that up and so, my dear either teammates or colleagues or somebody was sort of in my corner on that,” she said. 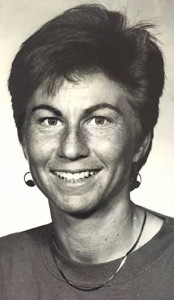 Dayton will be joining more than 400 former U.S. Lacrosse greats who have been inducted into the National Hall of Fame over the last 59 years.

“All of the people who are in the National Hall of Fame have been considered to have made really valuable contributions to the sport either through example or deeds or coaching or sport development or officiating or playing,” Dayton said. “My category is as a player, even though certainly my coaching years are very significant to me, as well.”

During her four-year career at Longwood spanning 1978-81, she scored 93 career goals as an attacker and was a two-time All-America selection.

Remarkably, Dayton had never played lacrosse before college. Her high school athletic interests were field hockey, basketball and softball. The first in her family to have the opportunity to go to college, she went to Longwood to play field hockey and had designs while there to play basketball, as well.

Then Longwood’s field hockey coach at the time, Dee McDonough, started her on an unexpected journey.

“There were probably 10 of the field hockey players who had never played lacrosse, and in January, she took us in the gym, Iler Gym, and put lacrosse sticks in our hands and taught us all how to play,” Dayton said. “I thought it was crazy. I was like, ‘What is this sport? This is nutty, and I’m not a fan right now,’ because picking up a sport at 18 that just humbles you to your knees was not on my agenda. But anyway, all of us stuck with it. We were all good buddies, and it was hard, and it was fun. And I don’t know, from there, it was a game where if you were fast and competitive, it could pay off, so I just got hooked on it.”

She noted that lacrosse opened a lot of doors for her, allowing her to meet many people, like Jane Miller, whom she described as a great mentor.

“Thank goodness I went to Longwood, because I think if I had gone anywhere else, I’m not sure I would have had that opportunity, so I’m always grateful for that,” Dayton said. “Whatever lucky stars aligned for the field hockey coach to teach us all lacrosse and then for that to become such an important part of my life, I think, was a cool thing.”

She is the first-ever National Lacrosse Hall of Fame inductee at Longwood.

Reacting to her selection, Longwood Director of Athletics Troy Austin said, “The honor could not have been bestowed upon a more worthy person in terms of character.”

While in graduate school at Virginia Commonwealth University, Austin worked for Dayton, who was and is the director of athletics at St. Catherine’s School in Richmond.

“A lot of the lessons, a lot of the skills I try to live towards today I learned from Julie,” Austin said. “She really is an inspiration.”