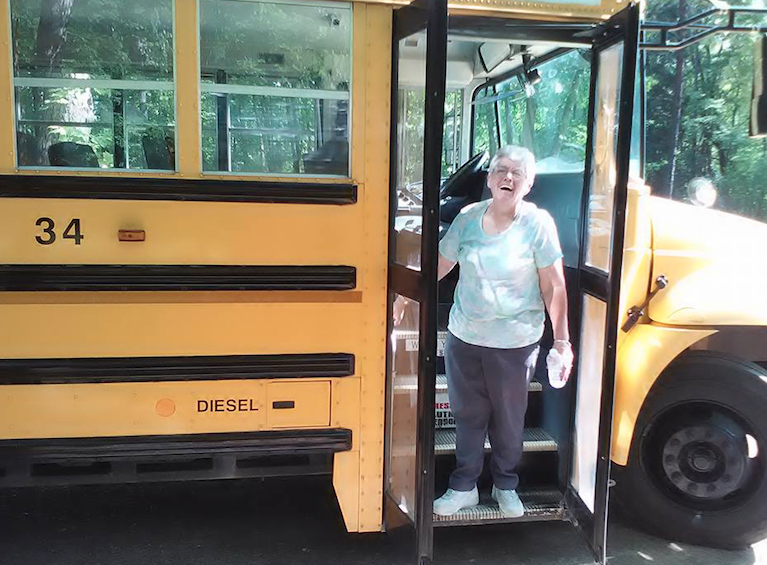 JESSICA LUSK Elaine Davenport poses with her school bus — a vehicle that she’s operated for 36 years. Bus number 34 was her most recent school bus.

“I would rather drive this bus than my car. You can see so much,” said retired Buckingham County school bus driver Elaine “Tempy” Davenport.

Davenport’s career began in 1980, under the influence of her aunt, Lucielle Dunkul.

Dunkul encouraged Davenport to visit the bus garage and inquire about a job.

“I went up there and I said, ‘I want to see about driving the school bus,’” Davenport said. “He said, ‘Come on over here and we’ll drive the school bus.’ So we got in the bus and drove to the high school, turned around and backed into a parking space and he said, ‘You got it.’ That’s how I was hired. It’s not like that now.” 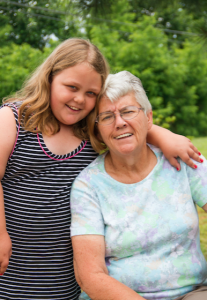 From then on, Davenport made a career of transporting Buckingham’s children safely back and forth to school.

Davenport said, “I enjoyed my bus, I loved the children.”

“All of them are about the same,” Davenport said of the children she transported. “Children are going to be children. When (they) stop being children is when you got to get worried.”

In 1990, after Davenport had been working for 10 years, she and another bus driver, Francis Miller, went to the school board to ask for benefits.

“I still may go back and drive a van or a car (for the schools),” Davenport said. “I’m not ready to give it up all the way.”

In addition to driving the school bus, Davenport has raised three daughters with her husband, Wayne Davenport. They have 10 grandkids and seven great-grandkids.

In her retirement, Davenport plans to do a lot of traveling. She’s already traveled to Williamsburg and Virginia Beach. In coming months she will visit Cincinnati, Ohio, Nebraska and hopefully the Grand Canyon. She would love to one day go to Hawaii, she said.

“We had a good life. I’ve been really blessed,” she said.