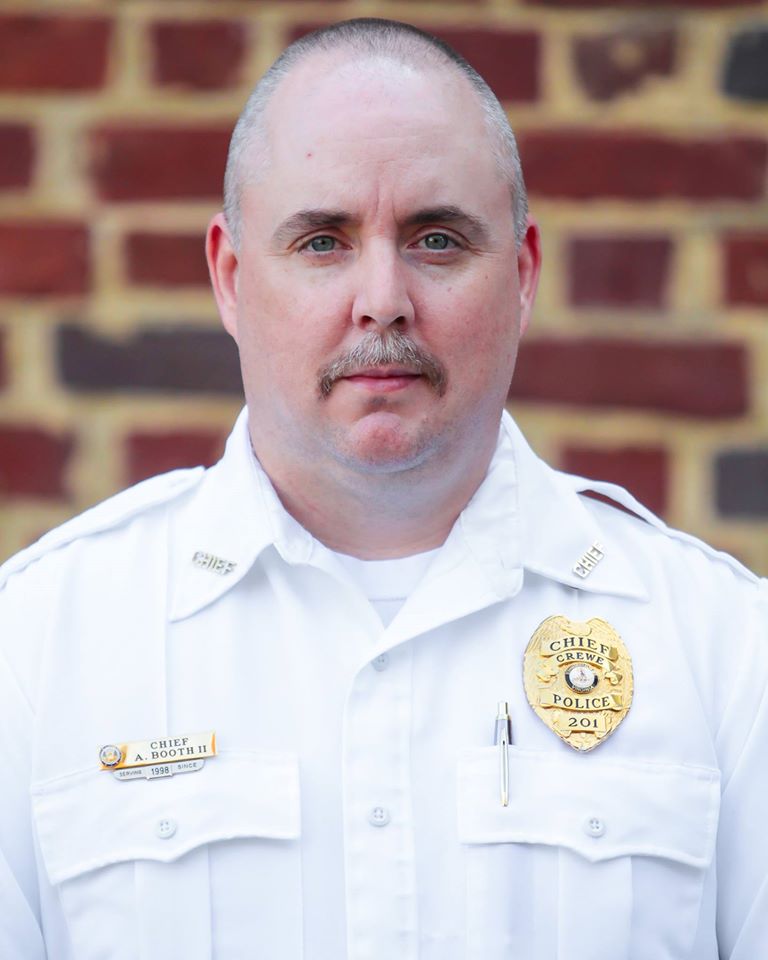 Arthur Booth II has announced his resignation as chief of the Crewe Police Department.

His last day is set for July 29, according to a release from the department.

Booth started as a police officer in Crewe in 2009 and was named chief of police in 2010.

“During his administration, the police department made significant strides to take control of criminal activity in the town. Under his supervision and direction, officers were able to make a 700 percent increase in felony arrests from prior administrators. With the sweep of criminal arrests, he turned his attention to community policing and excelled in building positive relationships within the community,” the release stated.

Booth is exploring another law enforcement opportunity, the release stated.

“I am so proud of the strides and accomplishments that our department has achieved during my tenure,” Booth said. “I have been fortunate to work with some of the most dedicated and professional police officers this town has ever employed. The limited resources they are provided don’t stand in the way of accomplishing so much and words cannot express how proud I am to have been their chief. I can only hope that my successor will continue the strides we have made to make the town a safer place to live, work and raise a family.”