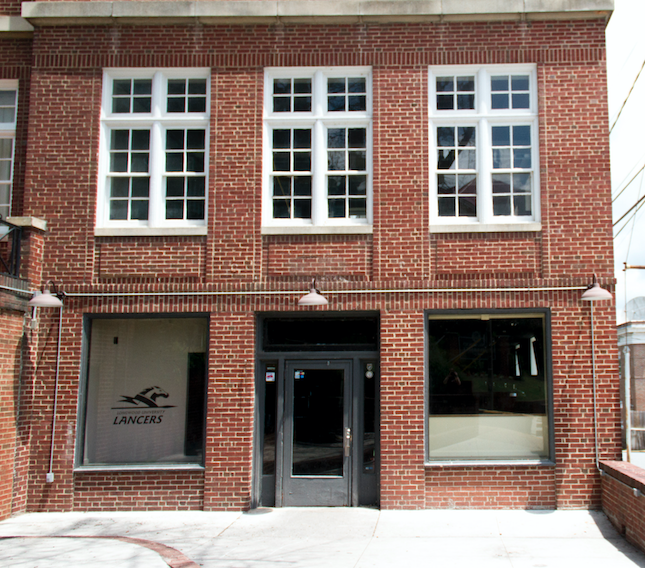 CARSON REEHER | HERALD Bar 202, a favorite spot on High Street for many Longwood University students, recently went out of business, due, in part, to planned Hotel Weyanoke renovations.

While Bar 202 sits vacant on High Street, one block away, on West Third, the new River’s Edge Boutique is striving to make a name for itself in downtown Farmville.

While summer is blooming, Farmville has seen the willowing of some popular establishments — though town and business officials say there is progress on the horizon.

Recent closures of popular establishments, such as The Bakery and Bar 202, in addition to Main Street Mattress and Furniture’s pending closure, are not for economic reasons, according to John Burton, program manager for the Farmville Downtown Partnership.

“From what I understand the renovations they’re getting ready to do on Weyanoke really forced (the Bar 202 owners) to not be able to operate there anymore,” said Burton. “I don’t think there’s any plans for them to relocate.”

According to Burton, the Farmville Downtown Partnership had reached out to Bar 202 owners to assist with their relocation, but no plans were made.

There are plans for a beer garden to be a part of the new Weyanoke Hotel, which could help to fill Bar 202’s absence, said Burton.

“The owners of The Bakery chose to close their store. They wanted to retire. This was their decision,” said Farmville Area Chamber of Commerce Executive Director Joy Stump of The Bakery’s closure. 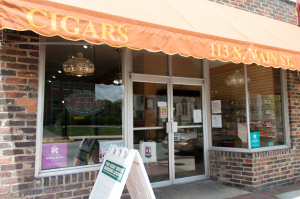 CARSON REEHER | HERALD
Herf House Cigar Shop recently opened on Main Street. It provides a niche in Farmville for people to purchase cigars, pipe tobacco and hookah supplies. There is also a smoking lounge for guests to smoke cigars. 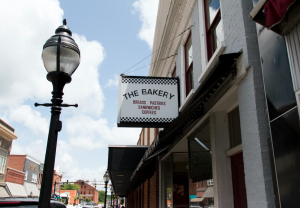 CARSON REEHER | HERALD
The Bakery on Main Street recently closed as its owners retired. In coming months, the building will be converted for use by the pastry chef at Charleys Waterfront Cafe.

In lieu of the bakery’s closure, Charleys Waterfront Cafe will be using the space for its pastry chef, said Burton.

Renovations have to be made to the building before the new pastry shop can open, but it should open in a few months, Stump said.

With the pending closure of Main Street Mattress and Furniture, Burton said, “The partners that operated that business decided to go their separate ways, and that necessitated them having to shut down that business.”

According to Burton, the store was doing very well economically.

Another downtown store, Fortune and Glory Pawn Shop, will relocated to a new storefront close to Fishin’ Pig, said Burton. The business is likely to have less competition as there are currently two pawn shops on Main Street, he said.

“For all of the things that closed down, it wasn’t for economic reasons, (but) it was because of external reasons that led them to either shut down or relocate,” said Burton. “Of course nobody likes vacant storefronts, but that provides a great opportunity for more businesses to come to the area.”

“It’s so important that we continue to have new businesses, because small business is what stimulates economic growth,” Stump said. “The new businesses provide employment opportunities.”

On Saturday, a new small business, River’s Edge Boutique, helds its grand opening. The boutique sells a variety of clothing and jewelry geared toward college students and young professionals, according to co-owners Alexa and Sarah Massey.

Herf House Cigar Shop, another new business, has been finding its niche on Main Street.

“I am excited about Herf House Cigars as the owner tells me he ran a successful cigar shop in Richmond previously,” said Stump. “He is very knowledgeable about his products and also has a wide array of hookah equipment and a nice smoking lounge.”

“When a small business thrives in our area, it generates higher levels of revenue, which, in turn, brings in more money in local taxes which goes right back to our local schools and government offices,” Stump said. “It also puts more discretionary income back in our community. We all need to support these new businesses because as they succeed we all succeed.”

He suggested that the new Walk2Campus apartments being built on West Third Street and the relocation of Barnes and Noble to Main Street will be positive additions to downtown Farmville.