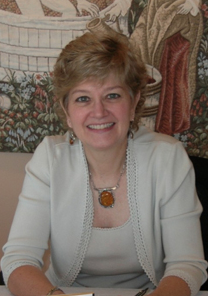 In 2016, the theme will be mysteries, and the book selected to represent the state is “The Merlot Murders” by Ellen Crosby.

This is the first novel in Crosby’s Wine Country Mysteries series. Set near Middleburg, in the heart of horse and hunt country, the series chronicles the life of Lucie Montgomery, a young woman who has inherited her family’s vineyard along with a somewhat cantankerous winemaker whom her father hired shortly before his death.

Crosby writes and lives in Northern Virginia, following careers as an economist for the U.S. Senate and a freelance journalist working in Moscow and Washington, D.C.

“As an author writing about a woman who owns a vineyard in Virginia—we’re the fifth largest wine-producing state in the U.S.— I consider myself lucky to live in such a history-rich region of so much natural beauty,” said Crosby.

The diverse reading list created by Route One Reads highlights each individual State Center for the Book while celebrating the East Coast as a whole. By participating in Route One Reads, readers can travel across 15 states and the District of Columbia without taking a single footstep, or load selected books into the car for a literary road trip. The full list of featured books for the 2016 Route One Reads initiative is available, along with a map of participating states, at Route1Reads.org.