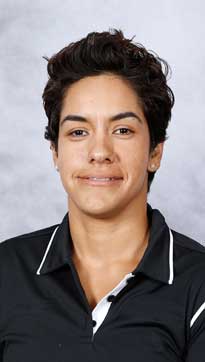 Longwood University has brought in a coach with an impressive legacy of success to head up its women’s tennis program.

Director of Athletics Troy Austin announced on Tuesday that Maria Lopez, a decorated assistant women’s tennis coach at Barry University in Florida, is the new head coach of the Lancers.

“We are thrilled to have Maria lead our women’s tennis program,” Austin said. “She has had remarkable success at every stage of her tennis career, from player to coach, and she is an exceptional fit for Longwood.”

Lopez, a native of Valencia, Venezuela, has coached tennis for approximately 10 years, and she has been an assistant at Barry, her alma mater 2011-16. During this time, the Bucs went 150-10 and advanced to the NCAA Division II Championship match three times, winning the title in 2011 and 2014 and finishing as the national runner-up in 2015.

Barry qualified for the NCAA postseason every year, including after back-to-back undefeated regular seasons in 2012 and 2013 when Lopez earned Intercollegiate Tennis Association National and South Regional Assistant Coach of the Year honors.

“I’m a little bit older than the usual assistant coach, so I’ve been looking to move forward with my career for quite a bit of time,” Lopez said. “I’ve had a lot of success in the last school that I was with, and that was a good reason for me to continue to stay as an assistant coach, but the last couple of years I’ve felt that I’ve been really ready to make the move and have my own program and bring that success and all that knowledge that I’ve acquired in the last few years to a program of my own.”

She added that Longwood “has been very receptive and obviously has taken a chance on me leading that women’s tennis team and bringing that success to Farmville and to Longwood University. Obviously, that means a lot to me.”

Lopez had much success during her playing career. She was also a decorated prep standout, earning the No. 1 national ranking in Venezuela in 1993, 1995 and 1997 while playing for the Venezuelan National Team from 1993-99.

During her four-year career at Barry, she was named an All-American twice and received all-conference honors four times, recording 57 career singles wins and 73 doubles wins. She ranks among Barry’s top 10 all-time in both singles and doubles victories.

However, she did not win a national title as a player, which she said left her feeling like she had some unfinished business with the program.

She said she came back to help coach in part because “I wanted a team that I worked with to be more successful than the one that I played for.”

What motivates her to coach at this point is a love for seeing players grow.

“And that’s not just on the court,” she said. “It’s amazing to me to see when you bring in a 17-, 18-year-old student-athlete to your program, and then they leave four years after and they have a career with them and some of them go out and do great things.”

“I’m looking to change maybe the way that things have been done,” Lopez said. “I don’t know much about the girls except what I’ve heard from the men’s coach and the athletic department, but I want to show them … how to be great competitors, and my vision is to bring this program to be a top leader in the Big South Conference.”