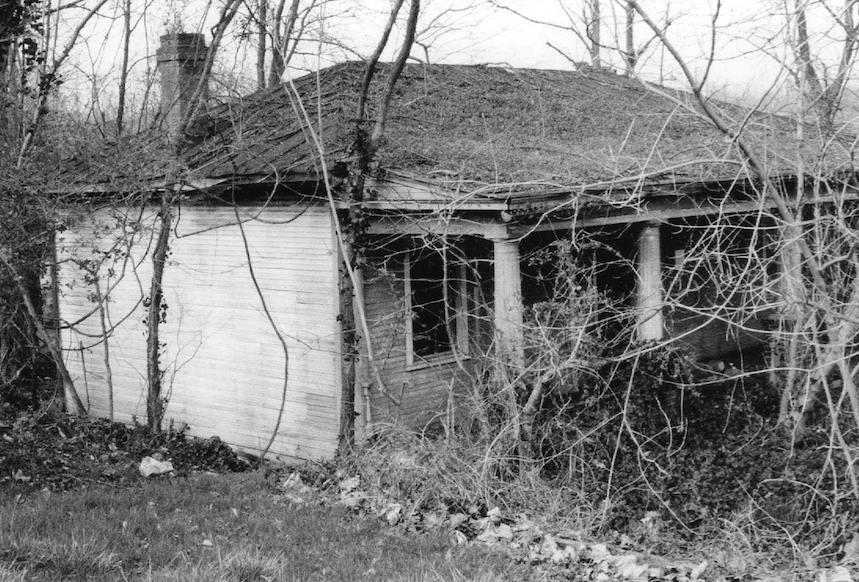 BILLY POULSTON This 1998 photo shows the 1884 passenger station of the old Farmville and Powhatan Railroad. It was located north of the Farmville Train Station and west of Buffalo Shook, at the end of Appomattox Street. It was left high and dry in 1917 when its rails were ripped up and sent to France as part of the war effort. The town bulldozed it soon after this photo was taken.

After a period of inactivity, the Farmville American Legion “Jack Garland” Post 32 was recently reactivated. The new commander, Edward Dunn, called me with a question: Who was Jack Garland?

It seems that no one, not even the oldest members of the post, could remember who he was, and any old records that may have helped identify him were long gone. The quest to identify \ Garland and to determine when the post was founded and when the post was named for him led directly to this article.

On April 6, 1917, America declared war on Germany and entered the great World War (WWI). A total of 694 men from Prince Edward (346 white and 348 black) saw some form of military service during the war. Although the war had already been raging for three years prior to America’s entry, many troops from the Farmville area would be shipped to France, where they would participate in some of the hardest fighting of the war. (Something else that was shipped to France was the 85 miles of track of the 1884 Farmville and Powhatan, later called Tidewater and Western, Railroad, which had gone out of service by 1917.)

Mechanic John Nelson “Jack” Garland, Company G, 116th Regiment, 29th Division, was hit by shrapnel from a high explosives shell at the front while crossing Malbrouck Hill on Oct. 8, 1918. He died five hours later at a first aid station and was buried in the MontFaucon Cemetery in Samogneux, France. His parents, John Alexander Garland (1873-1950) and Mary Eaton Freear (1872-1956) of Farmville, were not officially notified of his death until Nov. 16, more than a month after his burial. (A month was not bad. The parents of Elbert T. Osborne did not receive official notification of his death until one year after he was buried!) 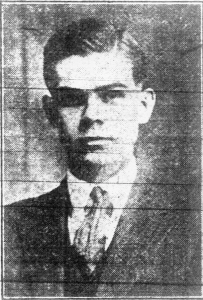 John Nelson “Jack” Garland at 18 years old, shortly before joining the Farmville Guard and leaving for Camp McClellan for training. As a private in the army, he earned 50 cents per day.

On Dec. 10, 1918, the Farmville Town Council passed a resolution “inaugurating a movement for the purpose of doing honor to the young men who went out from Prince Edward to battle in the world war.” Not to be outdone, the board of supervisors passed a similar resolution. The two governing bodies planned to unite in an effort to erect a suitable memorial to those who gave their lives in the world war. But nothing was ever done.

Two post-war deaths — one white and one black — were particularly tragic. Thomas L. Bliss, son of Brooks M. Bliss (1857-1930), was hit with poison gas at the front in 1918 and was in and out of hospitals for the rest of his life. He was expected to take over Farmville Mills, the family business, but he died in 1923 at the National Sanatorium in Johnson City, Tenn. He was buried in Westview Cemetery with full military honors rendered by the American Legion. James D. Miller was on his way home from France when he was hospitalized in Boston, where he died. His father, James D. Miller (1859-1918), died while the son was still in France. His brother, Dr. Nathan P. Miller (1892-1980), survived the war, was a 1925 graduate of Northwestern University School of Dentistry, and established a dental practice here in 1926. All three are buried in Odd Fellows Cemetery. (There are 31 WWI headstones in Odd Fellows Cemetery.)

In all about 76,000 American soldiers, sailors and marines died in service abroad and were buried near where they fell. They were later reburied in American military cemeteries, with a white cross bearing their name and unit on each grave. The British lost 10 times as many soldiers — so many that they didn’t want to think about how they would transport them back to England or where they would rebury them on their tiny island. The French came to their rescue by declaring a three-year moratorium on removing any of the bodies after the war.

So many troops were killed in some of the early battles before the Americans arrived that burying them in individual graves was not an option. This writer has toured the battlefields of France and has visited the Douaumont Ossuary in which the unidentified remains of 130,000 French and German soldiers killed during the Battle of Verdun were piled, one on top of another. You can view the skeletal remains through small windows. The reddish-orange glow in the dimly lit ossuary building creates an atmosphere not unlike that of the fiery battlefield at Verdun. Surrounding the ossuary are thousands of marked graves. It is surreal — something that is impossible to forget.

On Dec. 13, 1918, there appeared on the front page of The Farmville Herald a story about the desecration of American graves by the Germans as the battle lines surged to and fro. A majority of Americans wanted these remains returned to their loved ones back home, but Gen. Pershing did not. He worked to beautify the French cemeteries to bring them up to a level comparable to our own national cemeteries. It was this effort that led to the white crosses, some of which had been painted black by disgruntled German soldiers.

Although the Armistice ending the war was signed on Nov. 11, 1918, it would be almost a year before most of our soldiers, sailors and marines returned home. By Sep. 2, 1919, enough boys had returned that Mrs. J.L. Jarman (1871-1929), wife of President Jarman (1867-1947) of the State Normal School (now Longwood), was able to call a meeting for the purpose of forming a local American Legion post. As vice-chairman of the Prince Edward chapter of the American Red Cross, she had been corresponding with the American Legion and thus knew the requirements. (The American Legion was formed in Paris on March 16, 1919, by members of the American Expeditionary Forces, and was chartered by Congress Sept. 16, 1919.)

This meeting was held at the courthouse and 18 boys attended, just three more than the minimum number required to form a post. Temporary officers were elected as follows: Chairman — Blanton Badgett; Vice-Chairman — Wiltshire Davis; Secretary and Treasurer — Gates Richardson; Committee on Credentials — Dr. T.G. Hardy, Joe Rodgers and Joseph Lewis. At the next meeting, a permanent organization was to be formed and an application for a charter filed with the chairman of the State Executive Committee. We assume that this was done but we have not been able to find out when that second meeting took place. It was either late 1919 or early 1920.

At 4 p.m. on Sept. 4, 1919, the entire town shut down and rolled out the red carpet for the boys. Prohibition was in effect but the soda fountains were left open so that the soldiers could have free soft drinks. Led by Lt. Walker Paulett and accompanied by the Farmville Silver Band, the boys marched from the Armory to the Normal School, where they were fed and entertained. Later a dance was held at the Armory for their benefit. Thus, the living were honored, but what of our fallen heroes? It would be a long time before any of those buried in France were returned home.