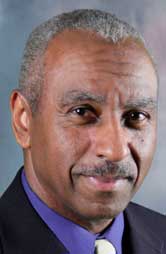 The Prince Edward County School Board and Superintendent Search Committee identified three candidates of the 34 applicants on Friday who matched the division’s leadership profile.

According to Buffalo District Representative and School Board Chairman Russell Dove, “BWP identified three candidates who closely matched the leadership profile developed from the community interviews and surveys.”

The surveys provided the desired characteristics sought in a school chief, such as someone who is a visionary instructional leader, an effective communicator and a collaborative manager and one who possesses individual personal qualities promoting diversity and respect.

Dove said two of the candidates rose to the top because of their overall experience as assistant superintendents.

“They have diverse executive-level experiences in school divisions with similar demographics, who have demonstrated the ability to lead efforts that produced improved instructional results,” said Dove.

While Dove said he had expected more applicants to closely identify with the leadership profile, he is confident that the best candidates are being interviewed.

“I’m excited that we have an opportunity to have such experienced and knowledgeable candidates to keep moving our school system forward,” said Prospect District Representative Darin Thomas.

The search for the next superintendent has been underway since Dr. David Smith announced in December that he would not seek to renew his contract, which expires on June 30.

BWP Associates was chosen to facilitate the search after a series of pitches from the Virginia School Board Association (VSBA) and Longwood’s W. Taylor Reveley IV. Reveley is a member of the search committee.

“I appreciate the diligence (Commonwealth’s Attorney) Megan Clark and President Reveley (who are) devoted to assisting with the search process, and I am optimistic about the opportunity we have to select that exceptional new school leader,” Dove said.

More interviews will be conducted this week, he said.