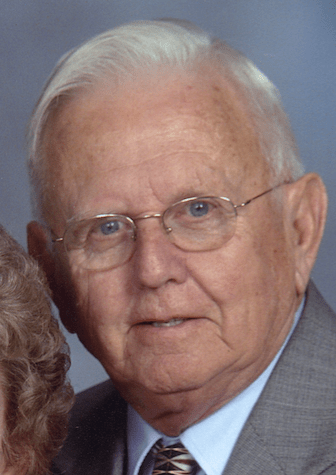 Howard was a graduate of Farmville High School and attended Virginia Tech. He was a veteran of World War II and served in the U.S. Army in the European Theater of Operations for three years. He was active in the grocery business in Farmville for 34 years, retiring in 1981. He was owner and operator of Economy Super Market in Farmville and Blackstone. He was a retired member of the Junior Chamber of Commerce, Chairman and Secretary of the Prince Edward County Electoral Board from 1972 to 1990, and a former member of Wedgewood Country Club. He was a member of Farmville Baptist Church since 1935 and served as a Deacon, Treasurer for 20 years and a former Trustee of the church.

A memorial service will be held Thursday, May 19, at 11 a.m. at Farmville Baptist Church.

Memorial contributions may be made to Farmville Baptist Church, Patrick Henry’s Boy’s and Girl’s Plantation, or to a charity of your choice.