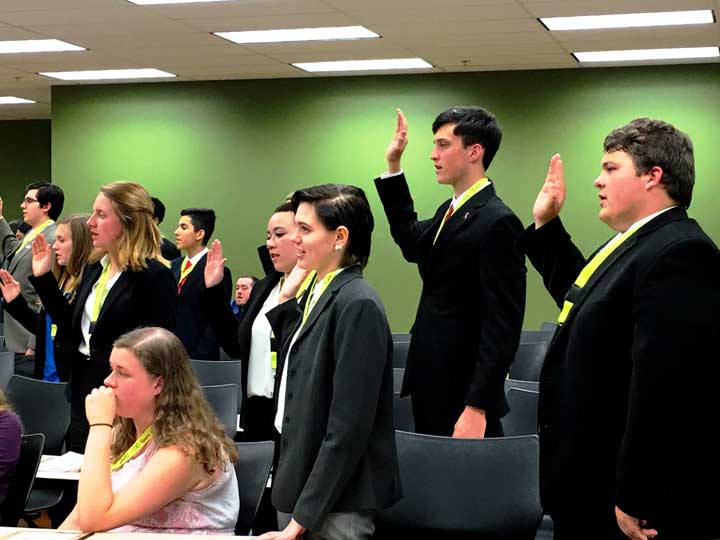 The five team members spent two days of debate on domestic, international, Virginia and economics topics. Each student wrote a bill or resolution on a specific topic, such as foreign language classes in Virginia public schools, global population, military spending and privatization of prisons.

As in actual Congress, the young senators chose their dockets, elected presiding officers, and debated negative and affirmative sides of each bill or resolution leading up to passage voting.

Joel Thomas, 11th grade, placed seventh out of 30 competitors from 1A, 2A and 3A schools. He was the first Prince Edward senator to break into the top 10 since Student Congress became a category in VHSL Debate in the last few years. Sophomore Grace Rust finished in 12th place.