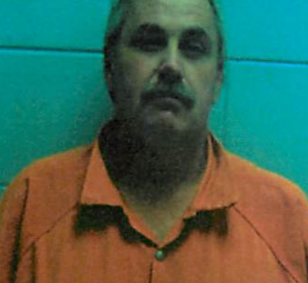 A 51-year-old Dillwyn man — who police say shot at another vehicle while chasing it through Buckingham and Cumberland counties on Dec. 2 — has been indicted on four felony charges connected to the incident.

Kenneth Mount was indicted recently on charges of maliciously shooting at a vehicle, shooting from a vehicle and destruction of property valued over $1,000 in Cumberland Circuit Court.

In Buckingham Circuit Court, Mount was indicted on maliciously shooting at a vehicle in late April.

Twenty-seven-year-old Darwin Velasquez, of Prospect, was charged with hunting from a vehicle, trespassing, assault and driving with a suspended license in connection with the incident that led to the chase and gunfire.

According to Virginia Department of Game and Inland Fisheries spokesman Lee Walker, Velasquez allegedly shot at a deer from the roadway. Walker said the deer was standing in proximity of Mount’s son.

“The subject that fired the shot from the road then drives off and leaves the scene. He then returns later with his brother to look for the deer. The hunter on the private property calls his father, who is the landowner. The landowner and his son go to the road where the shot came from to investigate,” Walker said.

He said once Velasquez returned to the scene, “An altercation occurred between the landowner and the individual who appears to have fired the shot at the deer.”

Mount allegedly retrieved a rifle from his vehicle and displayed it, Walker said.

“The call originally came to us,” said Capt. Dennis Ownby of the Cumberland County Sheriff’s Office.

“We’ve got impacts all over the place and they go through (the vehicle). There’s probably four or five just on the windshield,” Ownby said of the shots that struck the truck.