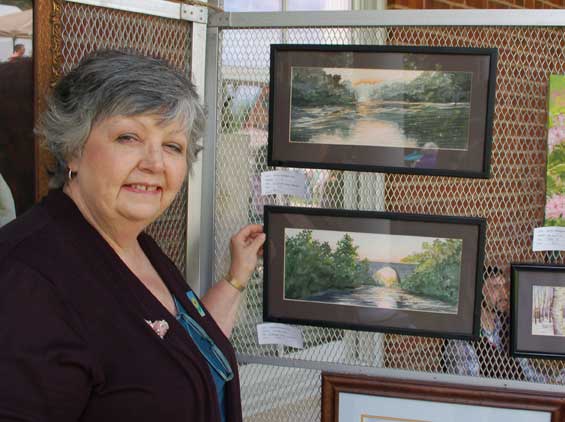 The notable increased amount of art at this year’s Heart of Virginia Festival should be attributed to the great work of the festival’s committee, led by Ashley Atkins-Austin. Moreover, the recruitment and drive behind the push to get more artists to the festival came from hometown hero Martha Pennington Louis, pictured, a Buckingham artist who, along with Beverly Bass Hines, came up with the idea of a fine arts festival, dating back to 1974. The art show would eventually morph into the Heart of Virginia Festival, which boasted about 40 artists and their work on Saturday — a contrast from recent years. “I did the festival art show for 20 years — from 1974 to 1994,” Louis said. “I was concerned, so I came back … It all started with the fine arts show.” We thank and commend for her determination and success in bringing artists to the festival, along with members of the committee for making this year’s festival such a success. (Send ‘Way to Go’ photos with names and a description to waytogo@farmvilleherald.com.)