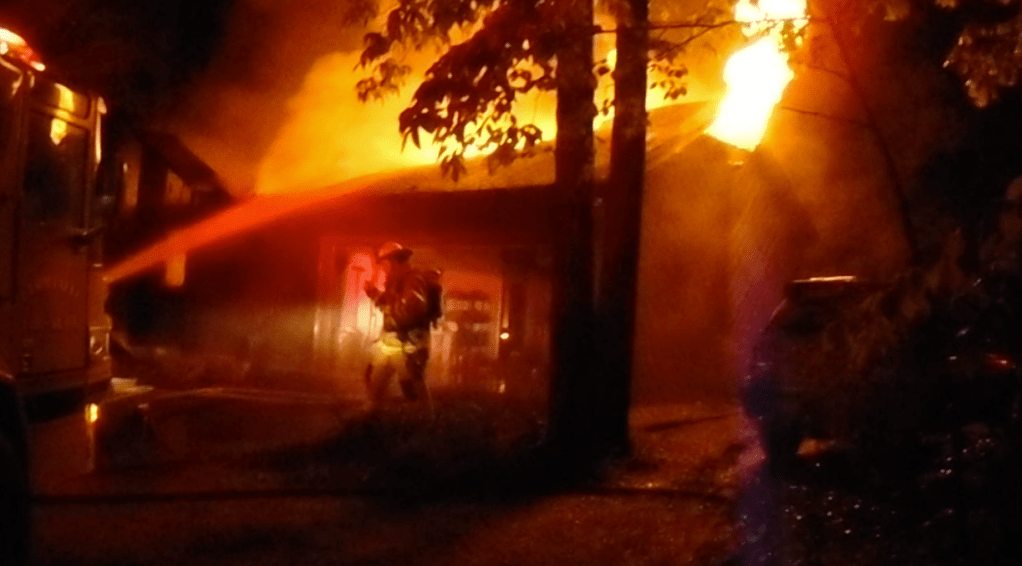 A lightning strike caused a massive fire which destroyed a home at 1760 Winkys Dr. on Monday night. According to Farmville Volunteer Fire Department Chief Andrew Goss, the fire was reported at 10:47 p.m. “We arrived on scene to a large single-story house fully involved,” he said. No one was home or injured. “They were on vacation,” he said of the residents. Because of the lightning strike, the fire began in the attic, he said. Fire companies from Farmville, Hampden Sydney, Rice, Prospect and Meherrin responded. The home is considered a total loss, according to Goss. (Photo by Dan Pempel)