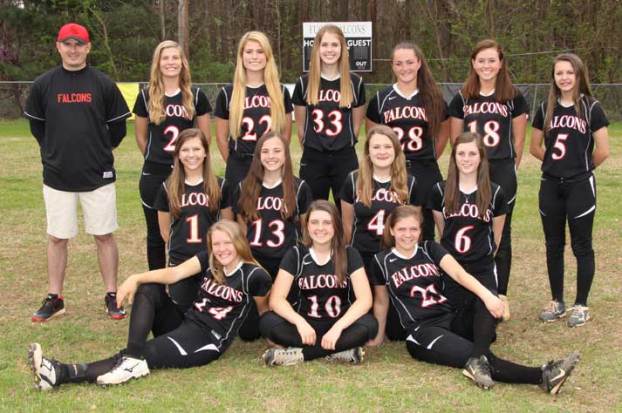 The Fuqua School varsity softball team has shown enough glimpses of its potential that it has steadily held the No. 3 ranking in the Virginia Independent Schools Athletic Association Division III weekly state poll.

“I think we’ve been able to hold on to that because we beat a very good team in Kenston Forest (School),” Lady Falcons Coach LaDonia Mujahid said. “We came back to win that game in extra innings.”

Kenston Forest held the No. 1 spot in the polls released on May 2 and April 25.

While the Lady Kavaliers defeated Fuqua 10-2 on March 16, the Lady Falcons got the upper hand on April 4 with an 11-10 extra-innings victory.

“Our hitting was there, our defense was there, so we had all cylinders working that day,” Mujahid said. “We scored four runs to tie it in the seventh.”

Ranked second in the May 2 poll was Southampton Academy, which has defeated Fuqua twice this year.

This is Mujahid’s second year as coach of the Lady Falcons. Last year, they went 7-7 overall. They qualified for the state tournament while ranked No. 7 and lost in the first round to Kenston Forest.

This year, “I have the same team with a couple of other good, young players,” Mujahid said. “They’re getting better.”

According to the roster listed on MaxPreps.com, Fuqua features one senior, two juniors, four sophomores, four freshmen and two eighth-graders.

The young team has struggled to get more time on the field this season as inclement weather has meant numerous cancellations of practices and games.

“Indoors for 45 minutes of practice doesn’t really do the job for us, but we get out when we can, and we take as many ground balls and reps as possible, defensively,” Mujahid said.

She noted that offense is her team’s bread and butter, but she hopes for better play from her team on that side of the ball. “To be perfectly honest, we haven’t clicked all year yet with our hitting,” she said. “We’ve had spurts here and there.”

“So with the four games we have left on our schedule, and with the girls seeing that now we’re at the No. 3 seed, for them, it’s a confidence booster to them.”

Helping get the team going on offense is junior Katie Haney.

Also key to jump-starting the offense is sophomore Alexa Marzloff, the Lady Falcons’ No. 2 hitter. “She’s a left-handed slapper,” Mujahid said. “If she puts the ball in play, nine times out of 10, she’ll be safe just based upon her speed.”

The coach noted that though junior Mary Grace Amos has been injured and struggled a bit, she has been very good for Fuqua in the No. 3 spot.

The girls leading a pitching staff that has shown improvement this year include freshmen Virginia Haney and Hannah Gray Schmidt.

“All in all, it’s been a real team effort for the most part,” Mujahid said.

“These three wins are very key to us to hopefully stick in the third spot and not have to worry about moving,” Mujahid said.

The Fuqua School baseball team recovered from an early 2-0 deficit against visiting Kenston Forest School to pull away for... read more